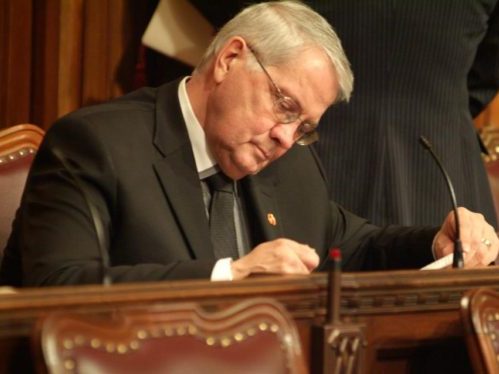 Canadians’ lifestyles are the biggest barrier to decarbonizing the country’s power sector, the chair of the Senate Standing Committee on Energy, the Environment and Natural Resources declared last month.

“Environmentalists say we should be like Denmark and Germany,” said Sen. Richard Neufeld, a former mayor and provincial politician from B.C. who’s been holding cross-country hearings on the country’s energy future. “Citizens of Denmark and Germany pay 45 cents a kilowatt-hour for electricity, compared to an average in Canada of eight to 10 cents. If consumers in Canada had to pay that, there would be a revolution.”

He pointed to the public pushback against high electricity rates in Ontario as an example of “what could happen in the rest of Canada if power rates skyrocket,” JWN Energy reports.

Neufeld’s thinking seems to disregard the more than 80% of Canada’s electricity grid that is already considered low-carbon or decarbonized—and analysis showing that wind, solar, and bioenergy production under Ontario’s Green Energy Act only accounts for about one-eighth of the electricity price increase hitting the province’s ratepayers.

“Neufeld, who represented an area of B.C. that is very economically reliant on oil and gas development and owned an energy-related business in the region, is unabashedly pro–fossil fuels,” JWN Energy notes. “He’s also concerned about the radical economic shift that would be required to meet Canada’s Paris Agreement commitment to cut CO2 emissions by 30% by 2030.