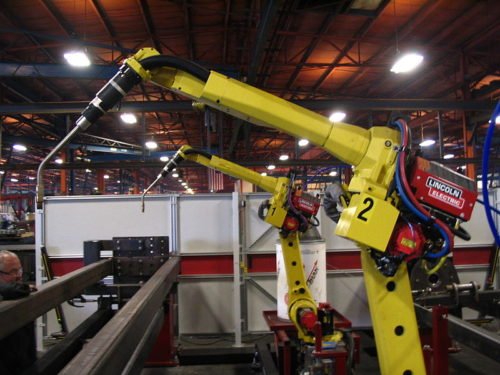 In its continuing effort to reduce its work force and cut costs, Cenovus Energy is embracing a system that replaces field construction with pre-fabrication in a distant factory that depends more on robots and less on humans.

It may not be the full-scale “de-manning” that Executive Vice President Kiron McFadyen promised during his company’s 2017 investor day in June. But it’s a step in that direction.

“Rather than build everything in the field, where costs are higher and schedules are less reliable, Cenovus builds ready-to-assemble modules at metal fabricating shops,” JWN Energy reports. The job of making sure the components will fit together after they’re delivered goes to “a robot that we leave alone at night in the Nisku module yard,” said Cenovus Chief Technology Officer Harbir Chhina.

The robot “basically goes around the module yard and figures out how much work got done on each module,” and how well they match the 3-D drawings on which they’re based, Chhina told analysts. “We’d rather do the rework at Nisku rather than do the rework in the field.”

As for McFadyen’s vision of a personnel-free work force, “I don’t know if we’ll get to zero,” he said. “Can we get close to zero? That’s what we’re trying.”