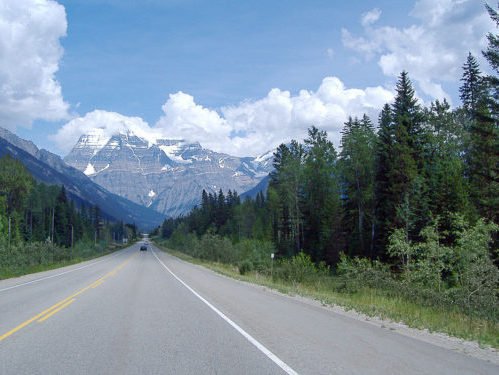 Adding insult to continuing grievous injury, the notorious Highway of Tears between Prince George and Prince Rupert, British Columbia may see an influx of up to 6,000 energy workers over the next 10 years, more than doubling the population of the Fort St. James area and raising concerns about an increase in violence and drug use.

The “man camps” associated with oil and gas, and other forms of megaproject resource development, “are precisely what their name implies: work camps housing mostly male employees working on resource development projects,” National Observer reports. “There were more than four men for every woman working in the forestry, fishing, mining, quarrying, and oil and gas industries in Canada in 2016, according to Statistics Canada.”

And a study commissioned by the Lake Babine and Nak’azdli First Nations, looking into one of three gas pipeline projects that may be coming through the region, “indicated that industrial camps are associated with increased rates of sexual assault and violence against Indigenous women, along with addiction, sexually transmitted infections, and family violence.”

That risk is particularly urgent along the Highway of Tears, where “dozens of women and girls—most of whom are Indigenous—have gone missing or disappeared” since the 1960s, the Observer notes.

“The potential for sexual assault, violence, disappearances, (sexually transmitted diseases), increases with the number of trucks on the road,” said study author Ginger Gibson. “There’s a whole whack of issues that don’t get considered until construction is happening, and that’s too late.”

Gibson’s research for the Firelight Group included conversations with community members, to get a sense of Indigenous women’s experience with the man camps.

“There’s a ‘rigger culture’ that exists, where a lot of people are working together in a hyper-masculine context and they’re not really taking care of themselves — they might be drinking and doing drugs, and then they’re blowing off steam,” she told National Observer. “They’re not in their home community, and they don’t think about the (local) people as their family or neighbours, so they don’t treat people very kindly.”

Gibson’s final report said governments and agencies should “consider legislation, programs, and services to address problems associated with industrial camps, and plan for integrated service delivery in advance of resource development projects,” writes Observer correspondent Brandi Morin. In addition to better resources for health, social services, and housing, “specific recommendations, from provision of addiction counselling to building recreational facilities, are designed to prevent problems and to address them when they do occur.”

With funding from the provincial government, the First Nations have hired two full-time staff to help them prepare for the influx—which, for the Nak’azdli Health Centre, includes assembling rape kits to gather physical evidence after assaults.

“When we started developing rape crisis plans, the first question for me was, ‘Why do we have to tell our women we can’t protect you and sexual assaults are going to happen? And when they do, we’re going to have a plan for you,'” recalled Councillor Ann Marie Sam. “I thought it was so unfair for our community to have to do that.”

“We want to welcome workers to our town, but we also want to let them know that these are the rules of our town,” added her sister, community health nurse Liza Sam. “If the mine’s gonna be here, or other industries, we want them to be the best they can be for community members.”

Observer’s coverage includes an interview with Mia, a First Nations woman from Alberta and former sex trade worker, whose real name was withheld. “In that industry, nothing would surprise me. I can see people that may be running the camps turning a blind eye to this kind of thing,” she said. “We already know of cases where our young people have been recruited right off the reserve through the Internet. But if (a camp is) in their own backyards, I would be very concerned…I hope the communities are looking at ways of preventing, and also educating on exploitation.”

While the communities put those plans in place, the advice from Kandi Mossett of the Indigenous Environment Network, who experienced man camps first-hand in North Dakota’s Bakken region, was stark: “don’t let it happen.” If projects do go ahead, she said they should be subject to close monitoring by local police.

“We definitely didn’t know about the man camps and how that was going to play out,” she told Morin. “It was something that took over and shocked the community,” and “it’s continued to cause problems in our community in this past decade.”