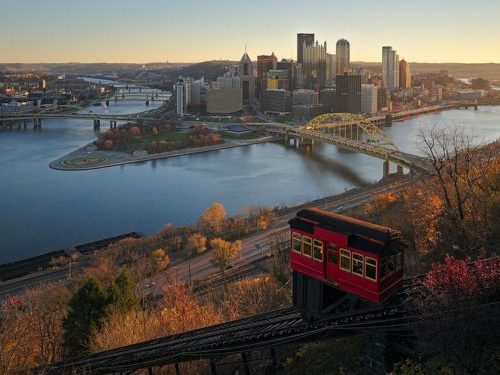 A European climate and energy analyst’s journey through the American heartland pointed to a loud, vibrant debate on the country’s climate policies—however much the administration in Washington, DC might be trying to derail that conversation and shut it down.

“Trump may have silenced the federal government on climate change, but outside Washington, DC, his decision to pull out of Paris and pursue fossil fuel dominance has just turned the dial up on the debate,” writes E3G Senior Policy Advisor Rosalind Cook. “U.S. towns, cities, and states must now decide which side they are going to be on.”

Which means that, “for us in Europe, the trans-Atlantic dialogue just got more complicated. It will need to shift to a much stronger cooperation with states, cities, and businesses that are still committed to climate ambition, so we can keep the door open for when the U.S. reengages. It’s going to be a challenge to speak with 50 states, but if the U.S. managed 28 [EU] Member States, it surely can be done.”

Cook traces her journey from DC to Pittsburgh, then on to West Virginia, the Midwest, and Oklahoma—all arranged through the U.S. State Department’s International Visitor Leadership Program. In Pittsburgh, “we found the city buzzing after Mayor Bill Peduto’s hit back at Trump that he would follow the Paris agreement.” In coal-dependent West Virginia, where elected officials welcomed Trump’s Paris pullout, “local experts were deeply concerned,” Cook reports. “All saw the transition as inevitable and absolutely crucial to engage on.”

In Oklahoma, Energy Secretary Michael Teague explained that “we don’t engage in the debate about climate change…we’re using markets and economics to improve our environment,” building on cost-competitive natural gas and wind and treating solar as the “next opportunity”. But the state utility is increasing its renewable energy investments, and its CEO urged Trump to keep the U.S. engaged with the Paris deal.

After the “profoundly honest dialogue” she encountered in West Virginia and Oklahoma, in particular, “I am clear from our conversations that engaging across political lines on core issues of quality of life and future generations will be crucial,” Cook concludes. “The next U.S. election will in many ways be a referendum on the Paris Climate agreement, and the outcome is—so far as I can see—far from settled.”