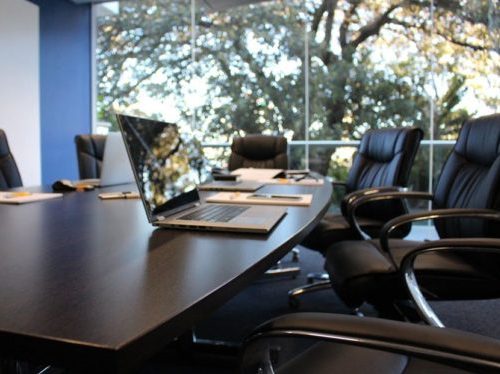 More than two dozen fossil executives played a key role in rewriting the Christy Clark government’s climate “action” plan during three months of closed-door meetings, some of them hosted at the Calgary boardroom of the Canadian Association of Petroleum Producers (CAPP), according to documents released to the Corporate Mapping Project under access to information laws.

Dubbed the “climate procrastination plan” after Clark released it on a quiet Friday afternoon in August 2016, the revision failed to fully adopt any of the recommendations of the high-powered Climate Leadership Team the premier had appointed to advise her on the plan.

In the lead-up to the announcement, the B.C.-based Dogwood Initiative suggested fossil donations might be behind Clark’s apparent aversion to climate action. Now, the Corporate Mapping Project and DeSmog Canada have co-published a more in-depth analysis of the chain of events.

The province released the 17-member Leadership Team’s recommendation in fall 2015, in time for Clark to “head off to Paris for the December 2015 UN climate talks cloaked in the mantle of climate ‘leadership,’ after four years of near-total inaction by her government,” write analysts Shannon Daub and Zoë Yunker. But “while the Paris talks were under way, the government launched a closed-door, three-month-long process to work jointly with the oil and gas industry to revise and rewrite the Climate Leadership Team recommendations.”

The five rounds of working group sessions covered the carbon tax, methane and fugitive emissions, and electrification. Discussions with fossil representatives were led by the province’s natural gas development ministry, “not the Climate Action Secretariat, which coordinated the Climate Leadership Team (and, as far as the public knew, was the lead government agency working on the plan),” the Mapping Project notes. “Notably, most of these B.C. government-organized meetings took place not in B.C., but in Calgary—specifically in the boardroom of the most powerful fossil fuel lobby group in the country,” CAPP.

“It’s shocking,” said climate hawk Tzeporah Berman, a York University adjunct professor and Leadership Team member. “These documents show the Liberal government had allowed the oil and gas industry to control the development of climate policy in our province.”

“The fact that Christy Clark’s government created a climate plan that didn’t adopt even one of the Climate Leadership Team recommendations really says it all,” added Clean Energy Canada Executive Director Merran Smith.

“Of course it’s important for all industries to have the ability to comment on the impact of climate policy,” B.C. Environment Minister George Heyman told National Observer. “But we have to be fair and open and transparent to all people of all sectors,” in a manner that “doesn’t give preference or special access to any group.”

CAPP’s vice president of Western Canada operations, Brad Herald, countered that the organization hadn’t been invited to the original Leadership Team. “We represent the oil and gas sector in Canada and we are more than happy to offer our input in the process,” he said. “We pushed hard and said, ‘Let’s get details on this as quickly as possible.'”

But the Corporate Mapping Project report suggests influence that went far beyond input.

“Most troubling of all is that this was much more than a ‘consultation’ process,” Daub and Yunker report. “The documents obtained make it clear that in fact the process constituted an invitation to the country’s most powerful oil and gas companies to shape both the substance and language of B.C.’s next climate plan.”

In what the analysts call a “stunning example of institutional corruption”, the meetings didn’t even have to be reported under the province’s Lobbyist Registration Act, since they were held at the invitation of public officials. But “no other sector—environmental organizations, First Nations—could even dream of this kind of access.”

The new provincial government in B.C. “has committed to more ambitious climate policies than what the previous Liberal government outlined in its non-plan last year,” Daub and Yunker note. “But with the fossil fuel industry accustomed to putting pen to paper on policy and regulation, a great deal of political will is required to move forward. And that ban on corporate donations to political parties? It can’t come soon enough.”