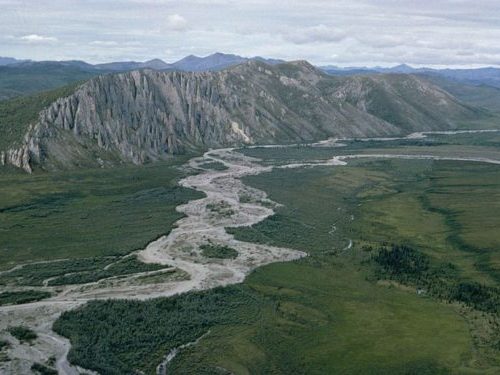 The Trump administration is working on a draft rule that would lay the groundwork for exploratory oil and gas drilling in the environmentally fragile Arctic National Wildlife Refuge for the first time in more than 30 years.

“Congress has sole authority to determine whether oil and gas drilling can take place within the refuge’s 19.6 million acres,” the Washington Post reports. “But seismic studies represent a necessary first step, and Interior Department officials are modifying a 1980s regulation to permit them.”

“The remote and vast habitat, which serves as the main calving ground for one of North America’s last large caribou herds and a stop for migrating birds from six continents, has served as a rallying cry for environmentalists and some of Alaska’s native tribes,” the Post notes. “But state politicians and many Republicans in Washington have pressed to extract the billions of barrels of oil lying beneath the refuge’s coastal plain.”

If the rule goes ahead, fossil companies will have to bid for the right to conduct seismic studies in the refuge. “With oil prices averaging around US$50 per barrel, potentially too low to justify a significant investment in drilling in the refuge, it is unclear how much interest companies would have,” writes reporter Juliet Eilperin. But “some might consider proceeding with those studies to get a better sense of the area’s potential.”