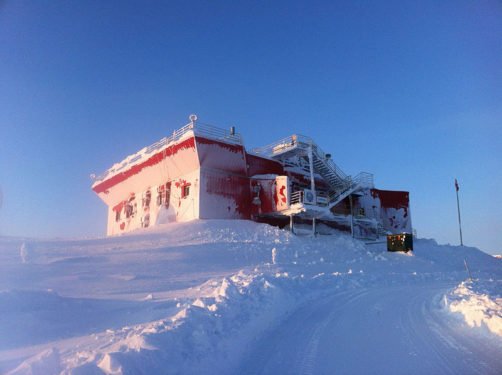 Evidence for Democracy is out with a petition calling on Science Minister and GreenPAC endorsee Kirsty Duncan to restore funding to its world-class Polar Environment Atmospheric Research Laboratory (PEARL).

The lab will close at the end of this year unless the federal government restores its budget. “Shutdown preparations at PEARL have already begun,” E4D warns, and “we need urgent action to save this essential research station.”

“With the impacts of our changing climate already being felt in Canada and around the world, investing in climate science is a necessary part of ensuring that our decisions and actions around climate change mitigation and adaptation are based on up-to-date science and evidence,” E4D notes on its petition site. “PEARL is one of only a handful of high Arctic research stations in the world. From its scientifically strategic location in Canada’s high arctic, PEARL is able to investigate crucial environmental issues like ozone depletion, airborne spread of pollutants, and monitor high Arctic climate changes.”

The lab is at risk of closing, along with six other climate and atmospheric research projects, after the Trudeau government failed to announce new funds for the Climate Change and Atmospheric Research (CCAR) Program in its 2017 budget. E4D is urging Ottawa to invest C$1.5 million per year to make PEARL a national laboratory.

The science advocacy organization is also asking the government to “provide a well-supported and stable funding environment for climate research in Canada, by reinstating a funding model for climate science similar to the Canadian Foundation for Climate and Atmospheric Sciences (CFCAS) that was cut by the Harper government.”