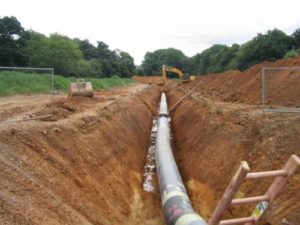 Two of the most sacred cows of Canadian climate politics—that the country is doing all it can to reduce its greenhouse gas emissions, and that there’s any foreseeable need for new pipeline capacity from the Alberta tar sands/oil sands—are receiving some serious second thought.

On iPolitics, retired pipeline executive Ross Belot describes Ottawa’s climate strategy as “largely imaginary”. And in a policy brief for the Waterloo-based Centre for International Governance Innovation (CIGI), economist and author Jeff Rubin calls the need for new pipelines “a false narrative for the Canadian economy”.

Belot, who’s previously argued that the moment for new pipelines has passed, opens his latest post with a survey of Environment and Climate Minister Catherine McKenna’s recent itinerary, from high-level climate meetings in Montreal over the weekend to her defence of Canada’s effort to insert climate into negotiations around a new NAFTA agreement. “What she isn’t doing is admitting that we are not going to get anywhere near our 2030 goal of a 30% reduction from our 2005 emissions,” he writes. “If she really believed that commitment was important at all, her first priority would have been to draft a roadmap to get us there, instead of pouring her energies into PR fluff.”

Meanwhile, he says, Prime Minister Justin Trudeau and Natural Resources Minister Jim Carr are doing all they can to promote the fossil industry, “talking about pipelines that depend on 20-year commitments and growth in world demand for oil that nobody outside of government circles actually thinks is going to happen in the foreseeable future, if at all.” While the International Energy Agency’s 2.7°C climate scenario foresees significant demand for tar sands/oil sand bitumen in the 2030s, the agency admits that scenario “actually would be a disaster for the planet,” he writes. “In its 2.0° scenario—the one that lines up with Paris—there is no oilsands growth forecast.”

That disconnect points to the “essential contradiction at the heart of the Trudeau government’s approach to climate change: It claims it is firmly committed to action, even to the point of pushing for its inclusion in NAFTA, while simultaneously promoting a fossil fuel sector that has no future if the world actually follows through on the Paris accord,” Belot states. Canada’s emissions grew 3% between 2010 and 2015—despite Ontario’s landmark move to phase out coal-fired generation in 2014—while China and India are “tracking well ahead of their emission reduction commitments” under Paris, and even the U.S. has seen a 9% cut since 2005.

“Forget the rhetoric coming out of the White House,” Belot advises. “The U.S. isn’t the outlier. We are.”

In a deeper dive on the same topic, Rubin takes on the increasingly tenuous claim that building new pipelines to tidewater will “unlock significant pricing power” on which tar sands/oil sands producers are missing out.

“It is even often claimed that if Alberta’s bitumen could reach distant offshore markets in Asia and Europe, it would fetch world oil prices, a threshold the fuel typically trades anywhere from 20 to 30% below,” he writes. “While market diversification is, in principle, a laudable pursuit, in the case of Alberta’s bitumen it would result in even lower prices than oil sands producers currently get in their one and only North American market.”

While the narrative supporting new pipelines “is commonplace in the country’s business media,” he adds, “bitumen is not conventional oil, and nowhere in the world does it command the same price. It is an inferior crude with high sulphur content that must first be upgraded before most refineries can use it as a feedstock. It is the physical properties of bitumen, not the location where it is sold, that dictate a price discount to conventional light oil.”

Rubin reviews the exodus of international fossils from the Canadian tar sands/oil sands and the “massive writedowns” companies like Exxon have had to take on the production assets they still hold. And he doesn’t see any relief for the companies on the horizon.

“Recent international commitments to reduce global carbon emissions over the next three decades will significantly reduce the size of future oil markets,” he writes. “Only the lowest-cost producers will remain commercially viable, while high-cost producers will be forced to exit the market.”