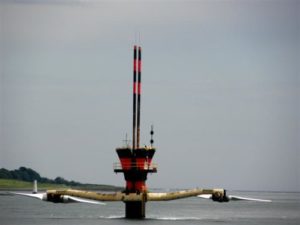 A proposed 3.24-gigawatt tidal power project on Wales’ Severn Estuary (Môr Hafren), between Cardiff and Newport, is one step closer to “changing the renewable energy landscape both in the UK and worldwide,” the UN Climate Action Programme reports, after receiving approval to connect to the national grid once it is built.

The project will eventually supply 5.5 terawatt-hours of electricity per year, enough to power every home in Wales. A formal application to develop the site is expected next year.

With private investment of about £8 billion, “early estimates suggest the tidal project will need more than 3,000 construction workers, and has the potential to create and sustain more than 8,000 manufacturing jobs, both in Wales and all over the UK,” Climate Action states. “During the construction process, Tidal Lagoon Cardiff can contribute up to £2 billion in Gross Value Added to the Welsh economy, and over £500 million every operational year.”

The project is expected to deliver electricity at a price of £60 to £70 per megawatt-hour. An earlier pilot project, Tidal Lagoon Swansea Bay, will come in at £89.90/MWh over a 90-year lifespan. Final government sign-off on that project is expected within weeks.

“We have worked alongside tidal developers to gain an understanding of the operational characteristics of the proposed lagoons,” said National Grid official Phil Sheppard. “This infrastructure project will have a significant impact as we move towards an increasingly low-carbon electricity network.”