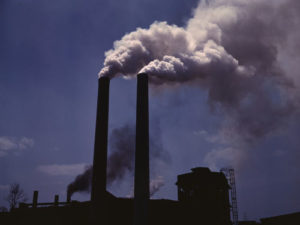 Global investors and many of the world’s biggest companies are getting serious about climate change, looking for better disclosure of climate risk and embracing carbon pricing even as the U.S. administration stubbornly refuses to do so, recent news reports indicate.

In a recent survey of 497 institutional investors commissioned by HSBC, more than half said they were receiving “highly inadequate” information on the climate risk in their current portfolios, or on the opportunities for the companies they back to gain from the post-carbon transition.

“The survey by East & Partners, a financial market research firm, found that fund managers were increasingly focused on opportunities as well as threats related to action against global warming,” the Financial Times reports. “Appetite for green investments, such as renewable energy, was strongest in Europe, where 97% of respondents planned to increase capital allocations in low-carbon technology or other assets that stand to benefit from climate policies.”

The proportion was 85% in the Americas and 68% in Asia, though only 19% in the oil-rich Middle East. The overall result shows that green investing is moving beyond ethical funds and “being embedded across the investment community,” said Daniel Klier, HSBC’s Group Head of Strategy and Head of Sustainable Finance.

The report pointed to a mismatch between investors’ expectations and the performance of the companies they invest in, with just over half of 507 companies surveyed reporting that they had an environmental strategy in place—and only 43% saying they voluntarily disclose it to investors.

“The global transition to a low-carbon, clean energy economy is now firmly under way, yet companies and their investors are clearly travelling at different speeds,” Klier said. “If we are to direct the world’s capital toward low-carbon investment opportunities, then we need to break through the barriers currently inhibiting its flows. This will require improvements in the availability, reliability, and comparability of climate-related information. This demand will only get louder as the market gains a better understanding of how to use these metrics effectively.”

But even if companies are lagging in their environmental policies, a separate report by the Arlington, VA-based Center for Climate and Energy Solutions (C2ES) shows that more than 1,200 major businesses in the United States are embracing carbon pricing, whether or not the current occupant of the White House agrees. The list of leaders includes Disney, Shell, and General Motors, the Washington Post reports.

C2ES’ findings were based on Carbon Disclosure Project data identifying 517 companies that have already priced carbon, and another 732 that plan to in the next two years.

Meanwhile, EcoWatch is out with an infographic that shows the corporations with the biggest influence on U.S. climate policy—for better or worse. Climate leaders on the positive side of the ledger include EDF, Iberdola, Ikea, Nestlé, Tesla, DSM, and Apple. Colossal fossils on the other side of the scale include Koch Industries, Chevron, Southern Company, ExxonMobil, BP, Shell, and BASF.