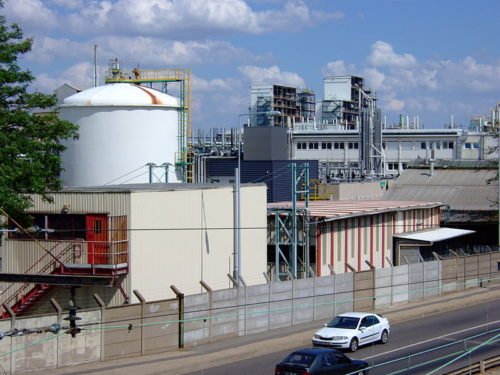 Seven first responders are suing Arkema Inc. for more than US$1 million for the “severe bodily injuries” they say they sustained in a chemical fire at the company’s Crosby, Texas plant, at the height of the crisis brought on by Hurricane Harvey.

“The plaintiffs, who include police officers and medical personnel, say in the lawsuit that when they were dispatched to the Harvey-flooded Arkema chemical plant in the early hours of August 31, they were not alerted that more than one explosion had already taken place,” Grist reports. “Exposed to strong fumes, they ‘began to fall ill in the middle of the road,’ and ‘police officers were doubled over vomiting, unable to breathe.’ The suit also states that medical personnel ‘became overwhelmed, and they began to vomit and gasp for air.’”

The Arkema plant “manufactures organic peroxides, a family of compounds used in such products as pharmaceuticals and construction materials,” the Washington Post explained at the time. “Those chemicals must be kept cold, or they will combust. They are not cold anymore. The storm left the plant submerged in six feet of water, and its cooling systems and backup systems failed.”

At the time of the incident, Grist notes, company officials described the smoke coming out of the plant as a “non-toxic irritant”, while “Harris County officials compared it to what escapes a campfire or barbecue pit.”

The plaintiffs “claim that the company never warned them of ‘toxic fumes’ present on the site,” Grist states, in a story cross-posted with the Texas Tribune. “Company officials, as well as state and federal government agencies, have maintained over the last week that they have not found ‘toxic concentration levels in areas away from the evacuated facility,’” but Arkema “has been criticized for its refusal to disclose certain chemical safety documents.”