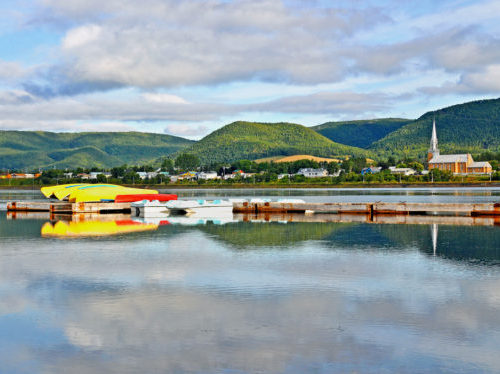 A court case pitting the tiny village of Ristigouche Sud-Est, in Quebec’s Gaspé region, against an oil and gas exploration company led by a Bourassa-era Cabinet minister could cement or damage municipalities’ right to stand up for a healthy living environment for their citizens.

At issue is a bylaw the community adopted in March 2013, establishing a two-kilometre no-drilling zone near its water supply. “At the time, Gastem had provincial permits for exploration in the area, and Gastem President Raymond Savoie said the bylaw was passed without consulting the company,” CBC explains. The company responded with a lawsuit worth C$1.5 million, five times the budget of the 157-resident village.

“The stake is this: Does a municipality have the right to adopt a bylaw towards the protection of the common good without fearing a lawsuit?” Mayor François Boulay said Wednesday, the day after the 10-day trial began in Quebec Superior Court. “From a citizen’s standpoint, I can tell you that many people are anxious. They fear losing this trial.”

Montreal-based Gastem sold its exploration rights in Ristigouche Sud-Est in 2014, shortly after it filed suit, and Savoie wouldn’t speculate on the outcome of the trial. “We will see what will result from the trial, but at least we want to have our rights recognized,” he told Canadian Press.

The Fédération Québécoise des municipalités (Federation of Quebec Municipalities) is supporting the community, CBC reports. A fundraising campaign by Solidarité Ristigouche has so far raised $281,000 to help the village cover legal fees, and 230 municipalities have filed a request with the provincial environment ministry, asking for the same two-kilometre distance that Ristigouche established in its bylaw. A provincial law adopted in 2014 sets a half-kilometre boundary.