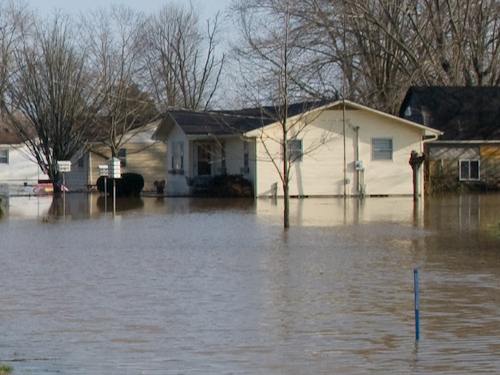 The damages still being run up from by Harvey but already expected to top US$100 billion underscore a new warning that businesses and governments face a “wave of legal action” over the impacts of climate change.

“Events previously regarded as ‘acts of God’,” the news outlet writes,” could increasingly land humans with a bill for damages,” as rising confidence in the attribution of weather catastrophes makes it easier to point the finger of factual culpability and legal liability.

“Such cases are likely to involve actors such as local government agencies, built environment professionals, and companies and their directors alleged to have had duties of care or special knowledge about specific climate-related risk,” the environmental lawyers suggest. “Claims are likely to arise when those actors fail to share or disclose relevant knowledge, or fail to take adaptation actions that would have protected those to whom they owed a duty of care.”

If, for instance, agencies responsible for designing and maintaining Houston’s drainage system ought to have anticipated how climate change might increase rainfall during storms like Hurricane Harvey, but failed to do so, they or their officers might find themselves in court.

The British and American journal authors observe that several such cases are already making their way through the courts, including one in which a group of young Americans is suing their country’s government for failing to take action against climate change.