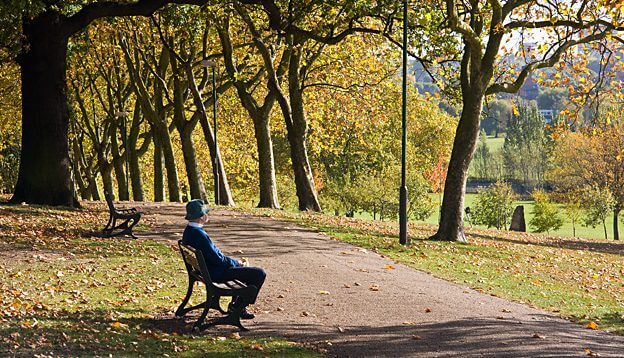 LONDON, 29 August, 2017 – Here’s how to make big money in the modern megalopolis: plant more city trees. Tree-lined streets and leafy suburbs are already worth $500 million a year to the modern megacity, and civic authorities could branch out and make even more.

It’s just a matter of recognising the economic benefits of literally turning over a new leaf. Trees deliver shade, they soak up carbon, they dispose of airborne pollution and they absorb water. In doing all this, they ameliorate climate, cut heating and air-conditioning costs, and improve public health.

The economic services provided by maples in Naples, Italy, or oaks in Oakland, California, are so pronounced that scientists have been able to set a value on the urban canopy.

They find that the average 39 square metres of tree cover per urban citizen are worth $35 to each megacity dweller. A square kilometre of trees in a big city is worth $1.2 million a year to the citizens who stroll beneath the branches.

And in a sample of 10 megacities – that is urban areas of 10 million people or more – the average value to each city of its standing woodland, parks and leafy avenues is $505m. And to make almost double the money, just plant more.

“Megacities can increase these benefits on average by 85%,” said Theodore Endreny of the State University of New York’s College of Environmental Science and Forestry in Syracuse, New York.

“If trees were established throughout their potential cover area, they would serve to filter air and water pollutants and reduce building energy use, and improve human well-being while providing habitat and resources for other species in the urban area.”

He and five colleagues from Italy report in the journal Ecological Modelling that they made an analysis of the actual and potential tree cover, and the contribution to what scientists like to call ecosystem services, in 10 megacities across five continents.

These are Beijing in China, Buenos Aires in Argentina, Cairo in Egypt, Istanbul in Turkey, London in Great Britain, Los Angeles in the US, Mexico City in Mexico, Moscow in Russia, Mumbai in India and Tokyo in Japan.

That trees have value is long established: researchers have even been able to calculate their contribution to property values. Researchers have also demonstrated repeatedly that natural forests in different ways represent wealth for local populations and could if protected more efficiently deliver even more wealth.

But wild forest is being lost at an ever greater rate. So the latest study tried to put a value on the cash benefits delivered by trees in the cities.

The scientists calculated the levels of carbon monoxide, nitrous oxide, sulphur dioxide and fine soots and particles from traffic and other sources that stuck to or were absorbed by trees in cities, the way trees insulated buildings against the cold and helped shade them in the heat, and the way trees absorbed the greenhouse gas carbon dioxide, in just 10 great cities.

They found that humans profited richly from the pines, planes and palms that lined their city streets. On average, trees even saved city authorities $11m a year by soaking up stormwater that would otherwise have to be handled by the urban drains and sewers.

That same transpiration of stormwater helped turn urban hot air into a cooler breeze that made the summer streets more welcoming.

In 2016, scientists counted 40 megacities, home to 722 million people. That is almost one tenth of the human population of the planet. In the selected 10 cities, on average trees covered 21% of the built-up zone and they could have shaded another 19%. The implication is that trees could save city dwellers a lot more money, just by colonising more of the urban jungle.

“Placing these results on the larger scale of socioeconomic systems makes evident to what extent nature supports our individual and community well-being by providing ecosystem services for free,” said Sergio Ulgiati of the University Parthenope in Naples, a co-author, who as a follow-up has with colleagues established an urban wellbeing laboratory in Naples.

“A deeper awareness of the economic value of free services provided by nature may increase our willingness to invest efforts and resources into natural capital conservation and correct exploitation, so that societal wealth, economic stability and well-being would also increase.” – Climate News Network