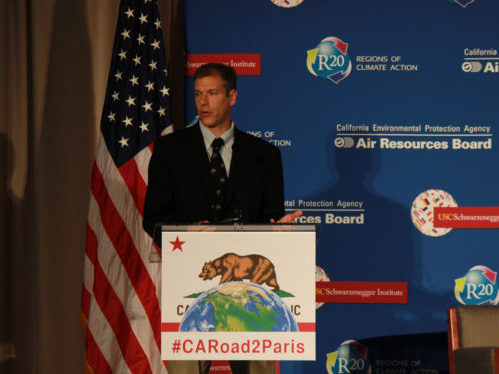 Renewable energy expert Dan Kammen has resigned his job as U.S. State Department science envoy, pointing to Donald Trump’s response to white supremacist violence in Charlottesville, VA as “the final straw that led to his departure,” the Washington Post reports.

In a seven-paragraph letter that followed the pattern from a previous post-Charlottesville resignation, “his most biting message may have come in the form of a hidden acrostic: The first letter of each paragraph spelled out I-M-P-E-A-C-H,” the paper adds.

“Acts and words matter,” wrote Kammen, a UC-Berkeley energy specialist who was one of five science envoys appointed in February 2016, during the tenure of President Barack Obama. “To continue in my role under your administration would be inconsistent with the principles of the United States Oath of Allegiance to which I adhere.”

“Particularly troubling to me is how your response to Charlottesville is consistent with a broader pattern of behaviour that enables sexism and racism, and disregards the welfare of all Americans, the global community, and the planet,” he told Trump.

“Your decision to abdicate the leadership opportunities and the job creation benefits of the Paris climate accord, and to undermine energy and environmental research, are not acceptable to me,” he added. “Your actions to date have, sadly, harmed the quality of life in the United States, our standing abroad, and the sustainability of the planet.”

Kammen’s letter said he had worked in various U.S. federal government roles since 1996. A State Department spokesperson acknowledged his “dedicated service to U.S. scientific diplomacy during his appointment working on energy efficiency and renewable energy in Africa.”