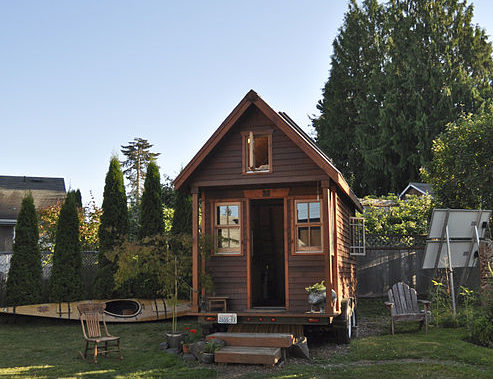 The city of Vancouver has come up with a cool way to demonstrate how much more efficient homes built to Passive House energy standards are, compared to current provincial building codes.

For its demonstration, the city had two tiny homes built—one to Passive House standards, the other to provincial code—at the high-traffic False Creek Olympic Village site. Then it filled each structure with 1,000 kilograms of ice, and closed the doors.

Eighteen hot, sunny days later, the two tiny houses were opened and the ice remaining in each one weighed.

According to CBC News, the Passive House lost 361 kilograms of ice—36% of its contents. The conventional house built to B.C. code lost 593 kilos—not quite twice as much, but well on the way.

In fact, the tiny Passive House saved 38.9% more ice than the rival design built to code. If that cool performance is a guide, comparable standards for new construction mandated in every province could eventually save nearly 40% of the energy Canadians use to keep both cool and warm at home.