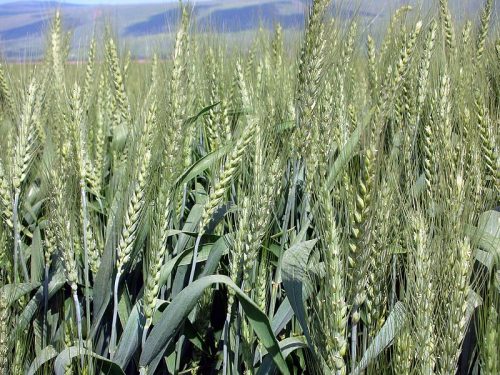 Assertions that the world’s farmers will have to increase their food production by at least 60% to feed humanity’s rising demands by mid-century are thrown into considerable doubt by a study finding that two of their most important crops face sharp harvest declines in a warmer world.

The UN Food and Agriculture Organization has estimate that food output will need to climb by 70% by 2050 to satisfy growing populations with, in many places, increasingly sophisticated food tastes. Other research has put the range of additional food production required at between 59% and a near doubling of 98%.

But a review of more than 70 studies over decades of research into the effects of climate change on harvests of corn and wheat—which together account for two-thirds of all the calories people consume—found that yields of the staple crops “will plummet as temperatures rise,” InsideClimate News reports.

“For every degree Celsius the Earth warms, corn yields will go down an average of 7.4%,” the study concluded. “Wheat yields will drop by 6%.” That estimated decline was based solely on the effects of rising temperatures, without factoring in rising water stress, the fertilizing effects of higher atmospheric carbon dioxide concentrations, or other influences of a changing climate.

The forecast declines in yield are a global average. In some locations, modeled yields went up. “For example, modeling showed a modest boost in corn yields in France, and some showed a rise in wheat yields in northern China,” InsideClimate reports.

The bottom line, however, remains grim for a world demanding more to eat. “What you’re seeing here is many different lines of evidence pointing to the same conclusion,” said co-author Alexander Ruane, a research scientist at NASA’s Goddard Institute for Space Studies.

“On a global scale, the study revealed overall declines” in the availability of both key grains.

Global Solar Capacity to Rival Nuclear by End of This Year