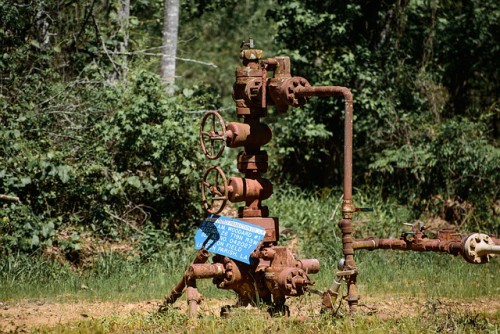 A United States appeals court has overturned the approval of a regional gas pipeline in Florida after finding that the Federal Energy Regulatory Commission (FERC) had failed to consider its impact on climate change.

The Court of Appeals for the District of Columbia, in a 2-1 split ruling, found that FERC “did not properly analyze the climate impact from burning the natural gas that the project would deliver to power plants,” The Hill writes.

“The ruling is significant because it adds to environmentalists’ arguments that analyses under the National Environmental Policy Act—the law governing all environmental reviews of federal decisions—must consider climate change and greenhouse gas emissions.” Those arguments echo similar ones being fought out in Canada before FERC’s counterpart, the National Energy Board (NEB).

In June, TransCanada Corporation and the Canadian Chamber of Commerce called on the NEB to reverse an earlier decision to include the climate impacts of TransCanada’s proposed Energy East pipeline in a revamped, restarted assessment of the project. And in January, Environment and Climate Minister Catherine McKenna said climate change and Canada’s greenhouse gas emission goals would be weighed in a reformed federal process for approving energy megaprojects.

In the U.S. case, FERC approved the Southeast Market Pipelines Project, which would deliver natural gas to Florida, last year. The Sierra Club filed suit, raising several objections to the agency’s decision. The court denied most of them, but accepted Sierra’s complaint regarding greenhouse gases.

“Greenhouse gas emissions are an indirect effect of authorizing this project, which FERC could reasonably foresee, and which the agency has legal authority to mitigate,” Judge Thomas Griffith wrote in the court’s ruling. Thus, assessments of the pipeline’s environmental impact “should have either given a quantitative estimate of the downstream greenhouse emissions that will result from burning the natural gas that the pipelines will transport, or explained more specifically why it could not have done so.”

“Quantification would permit the agency to compare the emissions from this project to emissions from other projects, to total emissions from the state or the region, or to regional or national emissions control goals,” Griffith’s judgement continued. “Without such comparisons, it is difficult to see how FERC could engage in ‘informed decision-making’ with respect to the greenhouse gas effects of this project, or how ‘informed public comment’ could be possible.”

The ruling overturns the project’s approval, sending the company’s application back to FERC to “complete the necessary greenhouse gas analysis,” The Hill reports.

No Problems for U.S. Power Grid as the Sun Goes Dark