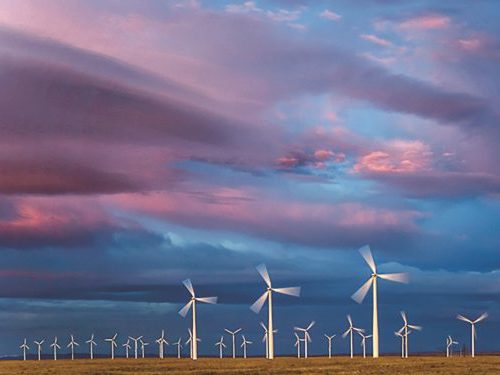 Renewable energy subsidies that prompted the United States replace oil and gas production with solar and wind helped prevent 3,000 to 12,700 premature deaths between 2007 and 2015, according to a new paper in the journal Nature Energy.

“Fossil fuels produce large amounts of pollutants like carbon dioxide, sulphur dioxide, nitrogen oxides, and particulate matter, which are responsible for ill health and negative climate effects,” Quartz explains. “The researchers found that the U.S. saved between US$35 billion and $220 billion in that period because of avoided deaths, fewer sick days, and climate change mitigation.”

Those savings “are about equal or more than state and federal financial support to wind and solar industries,” said lead author Dev Millstein of Lawrence Berkeley National Laboratory.

In its own analysis of U.S. Energy Information Administration data, Quartz places U.S. renewable energy subsidies at $50 to $80 billion over the eight years covered by the study. “Even on the lower end of the benefits and higher end of subsidies, just the health and climate benefits of renewable energy return about half of taxpayers’ money,” notes correspondent Akshat Rathi.

“What’s more, those benefits do not account for everything. Creation of a new industry spurs economic growth, creates new jobs, and leads to technology development. There isn’t yet an estimation of what sort of money that brings in, but it’s likely to be a tidy sum.”

Then again, “wind and solar can’t take all the credit,” Grist notes. “Increased regulations and shifting markets helped, too. The study authors report that sulphur dioxide emissions fell from almost 10 million tons in 2007 to 2.7 million tons in 2015 after coal plants were required to complete retrofits to meet air quality standards.”