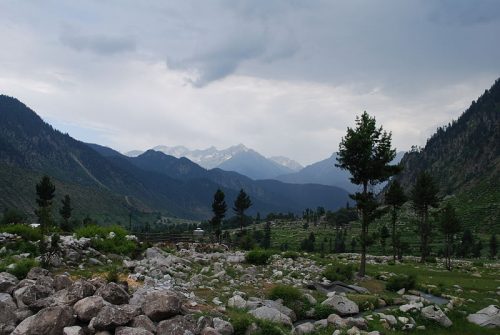 The northwest Pakistan province of Khyber Pakhtunkhaw has planted a billion trees over the last two years, restoring 350,000 hectares of forests and degraded lands, in a bid to slow down the impacts of climate change.

“The Billion Tree Tsunami was completed this month ahead of the deadline set for December 2017, and is expected to be extended across Pakistan,” The Independent reports.

The project “was focused along the area beside the Gambila River, in the Bannu District, where vast swaths of forest were wiped out in the past after its banks broke” due to flooding, notes correspondent Jeff Farrell. “It comes after decades of tree felling have reduced the country’s forests to less than 3% of its land area. About 40% of the remaining forests are in the northwestern province.”

“If you plant trees, we have discovered, by the river banks, it sustains the rivers,” said former cricket star Imran Khan, now head of the Pakistan Tehreek-e-Insaf (PTI) political party, who launched the program. “But most importantly, the glaciers are melting in the mountains, and one of the biggest reasons is that there has been a massive deforestation. So this billion tree [program] is very significant for our future.”

The project is part of a challenge launched by the International Union for the Conservation of Nature in 2011, aimed at restoring 150 million hectares of degraded lands by 2020 and 350 million hectares by 2030. Of the more than 20 countries that have signed on, Pakistan is the first to reach its restoration goal.