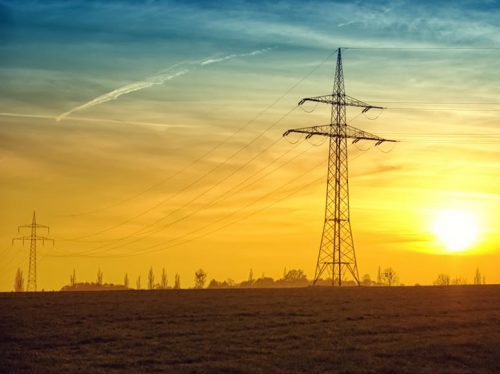 Donald Trump’s new interim chair of the U.S. Federal Energy Regulatory Commission (FERC) is asserting that coal and nuclear “need to be properly compensated” for their role in delivering grid reliability, Greentech Media reports, at just the moment when grid operators are embracing clean power and investors are backing away from coal.

Grid resilience and reliability “are essential to national security,” and that means “baseload power should be recognized as an essential part of the fuel mix,” Neil Chatterjee said on a FERC podcast. It follows that “generation, including our existing coal and nuclear fleet, need to be properly compensated to recognize the value they provide to the system.”

While Chatterjee “did not expand on what he considers proper compensation to be,” Greentech notes, “his comments suggest that he supports granting baseload energy resources enhanced payments in the nation’s wholesale power markets.” That would be a boon for coal and nuclear utilities facing “stagnant load growth” and “struggling to compete with low-cost natural gas and cost-effective renewable energy.”

While Greentech goes into some detail on what those compensation structures might look like, other news reports this week show many U.S. power utilities pointing in a different direction. At a House Energy and Commerce subcommittee hearing July 26, representatives of the country’s seven top grid operators cast low-cost wind and other clean power sources as “a key part of the solution, not a problem, for ensuring the reliability, resilience, and security of America’s electric grid,” Renewable Energy World reports.

Craig Glazer, vice president for federal government policy for PJM, the biggest wholesale power market in the U.S., told legislators that today’s grid is “more diverse than it’s ever been, more reliable than it’s ever been, and prices are lower than they’ve ever been.” Southwest Power Pool President and CEO Nick Brown said wind is now his region’s “second-most prevalent fuel source”, accounting for 25% of generation this year.

And the Electric Reliability Council of Texas (ERCOT) “continue(s) to integrate a very large amount of wind on our system,” according to Senior Vice President and COO Cheryl Mele, supplying up to 50% of the region’s total load of 28,780 megawatts. Far from pitching for coal and nuclear, she stressed that “fuel diversity will continue to be a main component in keeping our system reliable as well as flexible.”

And based on what utilities are telling their investors, S&P Global Market Intelligence sees little support for coal, the Institute for Energy Economics and Financial Analysis reports. “When power generators talked about coal on second-quarter earnings calls, many were talking about moving away from the fuel,” S&P wrote. “On earnings calls, power executives can often be found touting a transition to other forms of energy as a positive economic and environmental shift.”

With U.S. electricity demand stalled over the last decade due mainly to rising energy efficiency and structural changes in the economy, “it’s tough to make the economics of a new nuclear or coal-fired plant work,” Bloomberg Business Week notes, in another post picked up by the IEEFA. “Hence, the argument for nuclear plants, and even coal-fired plants, has shifted of late toward less straightforwardly economic grounds, such as job security or even—a real sign of desperation—national security.”

Even if the country’s coal and nuclear plants “aren’t about to switch off en masse,” Bloomberg’s analysis suggests a downward slide for both legacy energy sources that can’t be solved by what Neil Chatterjee might call “proper compensation”. As natural gas and renewables gain prominence, “capital, with its lust for growth, continues to migrate elsewhere,” the news agency notes. “Ignoring that fact isn’t a realistic strategy.”

1 Comment To "U.S. Regulator Urges ‘Proper Compensation’ for Coal and Nuclear as Gas and Renewables Surge"

A wiser investment for your future and those of your off-spring is green renewable energy. This would also eliminate natural gas, a fossil fuel.