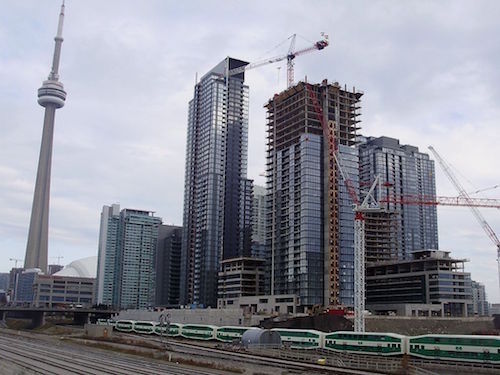 Ontario has unveiled a one-year, C$100-million fund to help municipalities cover the cost of reducing their greenhouse gas emissions.

Environment and Climate Change Minister Chris Ballard made the announcement Monday at the Association of Municipalities of Ontario annual meeting in Ottawa. A ministry news release states the program will be funded out of proceeds from the province’s carbon cap-and-trade market.

“Municipalities will be able to apply for 100% of the cost of a project, up to a maximum of $10 million,” CBC News reports. “Projects could include retrofits to heating systems at arenas or energy efficiency upgrades to water treatment plants.”

The fund will be limited to cities that have inventoried their greenhouse gas emissions and set plans for reducing them. The release says it will “support projects such as renewable energy and energy efficiency retrofits to municipal facilities like arenas, and making energy efficiency upgrades to drinking water or wastewater treatment plants, to achieve long-term and cost-effective pollution reductions.”

In his remarks, Ballard linked the fund to climate impacts Ontarians are already seeing. “We’re experiencing the consequences of climate change right here, right now, in Ontario,” he told media, pointing to recent torrential rains in Ottawa and nearby Gatineau. “It affects us in many ways, from infrastructure, energy, and agriculture to tourism and health.”

On the same day that Ontario announced a pot of funding that is contingent on local data, The Atmospheric Fund was out with a blog urging Energy Minister Glenn Thibeault to direct the Ontario Energy Board make city-level gas and electricity consumption data more readily available.

“Unfortunately, many municipalities in Ontario are left in the dark when it comes to their carbon emissions,” writes Policy and Program Director Bryan Purcell. “They simply don’t know how much electricity and natural gas is consumed within their city limits—because there is no reporting requirement for utilities.”

It isn’t as though the gas and electric companies don’t have the data, Purcell notes—the problem is that they aren’t required to publish it. As a result, in a TAF survey of Greater Toronto and Hamilton Area (GTHA) municipalities, “85% cited the lack of access to data as the single largest barrier to developing or updating local emission inventories.”