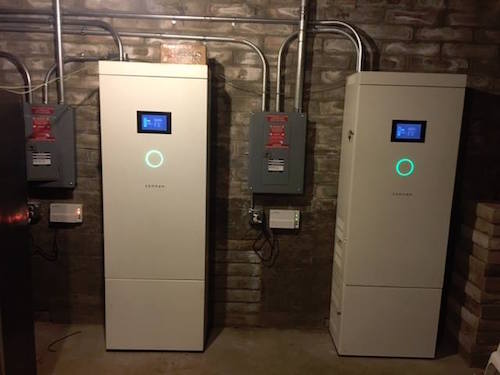 The home energy storage industry in Australia and overseas could be thrown into chaos if the country’s standards council ignores industry warnings about a wildly unrealistic safety standard for lithium ion batteries.

“The draft standard, which requires battery systems to be located outside of homes and garages in purpose-built ‘kiosks’ or ‘bunkers’, was first aired in February this year, but was thought to have been hosed down after a major industry-side backlash,” RenewEconomy reports this week. “It resurfaced in June, however, as part of the draft voluntary standard for On-Site Battery Systems, when it was released by Standards Australia for nine weeks of public consultation.”

Standards Australia acknowledged in a June 13 release that its draft had been “not without controversy”, but persisted with exclusions designed to “safeguard against hazards during potential failure modes of a storage system, in the absence of available product standards.”

Even though SA standards are voluntary, this one generated a monumental 2,917 responses, with Australia’s Energy Storage Council declaring that the draft “is not evidence-based and has enormous implications for the Australian and global battery storage industry.” While SA does not publish the comments it receives on drafts in progress, “not too many of those submissions are likely to have been supportive,” notes RenewEconomy’s Sophie Vorrath. “Particularly considering the growing number of international battery storage companies putting down roots in Australia for what should be a booming residential market.”

“The draft is based on an old lead acid standard that is simply not fit for purpose,” the Storage Council said in a notice to members, and takes a “lowest common denominator approach” to restricting all battery technologies, regardless of their chemistry and manufacture.

In its comments to SA last February, global battery giant Sonnen contrasted the proposed restrictions with its on-the-ground success elsewhere.

“In Europe, we have 30,000 installations, some of those have been around since 2010, and not one fire has happened, no one has been injured,” wrote Sonnen Australia Managing Director Chris Parratt. “There is a standard being released in Germany that allows for lithium-ion batteries to be installed in homes. So why Australia appears to be going the opposite way, I don’t know.”

The company argued that “hazards for specific technologies need to be set out through appropriate certification rather than general statements,” in the same way that European standards “will identify hazardous and non-hazardous lithium-based products.”

The Storage Council charged that the SA draft “blurs, conflates, and confuses a range of technologies,” removing any sense of market certainty for consumers, manufacturers, resellers, and installers. “80 battery storage manufacturers met in Germany this week and the draft Australian standards were the number one issue on the agenda,” a recent Council newsletter stated. “The global battery storage industry is watching and is alarmed by the proposed Australian approach.”