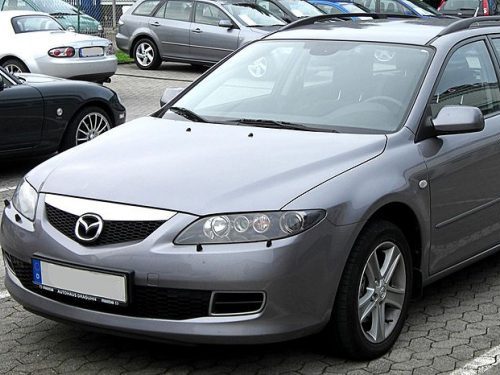 Mazda has taken a step back from the auto industry’s expanding embrace of electrification to announce that it has overcome stubborn engineering hurdles to produce a gasoline engine 20% to 30% more efficient than conventional motors.

The Japanese automaker plans to introduce the engine with its 2019 model cars, in a move some analysts see as another step in driving diesel out of the market for personal vehicles.

Earlier this month, the company announced it was partnering with Toyota to develop electric vehicle technology and share construction of a US$1.6-billion EV assembly plant in the United States, the Washington Post reported at the time. But last week, Senior Managing Executive Officer Kiyoshi Fujiwara told reporters that, while “electrification is necessary, the ideal internal combustion engine should come first.” Executive Vice President Akira Marumoto called its engines the “heart” of the “zoom-zoom” brand.

The novel design, dubbed the SKYACTIV-X, does away with spark plugs to ignite the gasoline vapour in an engine cylinder under most circumstances (the exception is when starting a cold engine), relying instead on compression to achieve the same effect, as occurs in diesel engines. “Its fuel economy potentially matches that of a diesel engine without high emissions of nitrogen oxides or sooty particulates,” Reuters writes.

Combustion engine efficiency remains a critical factor in greenhouse gas emissions from transportation, and a sore point for American automakers. Transportation, including aviation and marine shipping, accounts for most of the oil burned on the planet. And depending on the forecast, combustion vehicles will continue to make up at least half of all car sales through at least 2030, or perhaps even later.

U.S. makers of gas-guzzling, and highly profitable, SUVs and light trucks are lobbying the Trump administration to delay new fuel efficiency standards, scheduled to take effect for those categories of vehicles with the 2021 model year, Bloomberg reports. The standards would require light trucks and SUVs sold in 2021 and thereafter to be at least 6% more fuel-efficient than their predecessors.

Mazda claims an advance in efficiency between three and five times greater than the standard its American competitors are resisting. The achievement could be a major breakthrough for the automaker, if it can deliver. Observers noted that the relatively niche carmaker claims to have solved persistent engineering challenges that defeated earlier efforts by rivals with deeper pockets, including Daimler and General Motors. Mazda has not actually demonstrated its engine.

The company itself is clearly hedging its bets. In addition to its EV joint venture with Toyota, the company announced that it would include both fully electric and autonomous-driving features in its 2019 lineup, alongside cars fueled on gasoline with the new, allegedly more efficient compression-ignition engines.