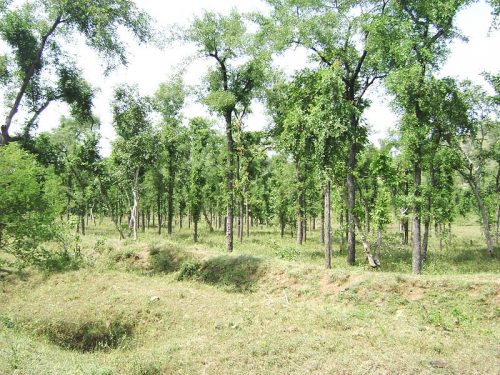 Where villagers in India and Africa have access to biogas generated from agricultural waste, degraded forests have begun to recover, a study last month in the journal Global Ecology and Conservation finds.

Two-thirds of rural Indian households rely on wood for cooking fuel. But “forests in south India that had become degraded due to excessive fuelwood extraction recovered after villagers living nearby switched to biogas for their cooking fuel needs,” the study finds. SciDev.net notes that fuelwood used for cooking has been identified as “a major source of carbon dioxide emissions in South Asia and East Africa,” as well as a risk factor for respiratory diseases.

Access to gas relieves households of the need to forage for firewood. Near villages that had access to biogas generated from anaerobic digestion of waste food, crop stover, or livestock manure, researchers measured a “notable increase in biomass and regeneration of forests, as compared to forests near villages without biogas provision.”

“This study shows that if you reliably provide a viable and affordable alternative, people will reduce their fuelwood use,” said lead author Meghna Agarwala of Columbia University.

That finding aligns well with low-tech innovations like gas-to-go in a bag that are helping spread the adoption of biogas in Africa.