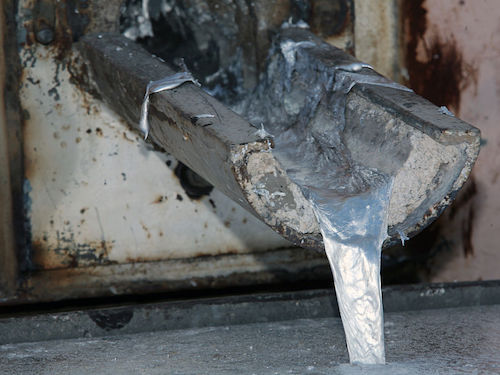 Aluminum producers that run their smelters on hydroelectricity rather than fossil fuels are beginning to charge a green energy premium to industrial customers facing increased investor scrutiny over their carbon footprints.

But that relatively new development is in counterpoint to the trend in the wider industry, Reuters notes, citing data from the International Aluminum Institute. In 2005, hydro and coal accounted for about the same amount of electricity for aluminum smelting, at about 200,000 gigawatt hours each. By 2015, hydro had held steady, but coal had increased its share to 450,000 GWh—“largely due to expansion in China, which now accounts for around 55% of global aluminum output,” and relies on coal for 90% of the industry’s energy.

Still, there are corners of the industry where “operators of smelters powered by hydroelectricity in the likes of Norway, Russia, and Canada are promoting their environmental credentials—and stealing a march on others that rely on coal or gas, notably in China and the Gulf,” the news agency notes.

“While they do not use the term ‘green’ aluminum, a number of producers are offering low-carbon guarantees on their metal, although they refuse to say how much more they charge for this beyond saying the premiums are relatively modest.”

The winners in the industrial energy-generating sweepstakes include Norsk Hydro in Norway, Pittsburgh-based Alcoa Corporation, Moscow-based/Chinese-owned Rusal, and the Australian-British Rio Tinto Group.

Reuters explains that the massive amounts of electricity required to transform bauxite ore into aluminum makes the power plant, rather than the smelting process, the biggest source of greenhouse gas emissions. In countries like China and Australia, using coal as the power source to produce a tonne of aluminum releases up to 18 tonnes of carbon dioxide-equivalent. The total is five to eight tonnes for gas-powered smelters in the Middle East, against two tonnes for hydro.

“We’ve seen this coming from the market, our customers, shareholders, financial markets, NGOs, you name it,” said Norsk Hydro Senior Vice President Kathrine Fog. “That means in the end it will affect the bottom line.”