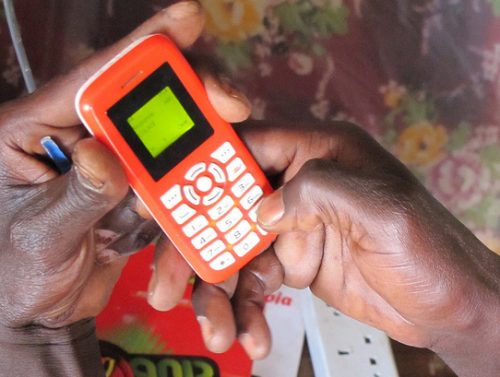 A San Francisco company that offers solar electricity to customers with no grid access or bank accounts is working with Africa’s largest wireless telecom provider to reach a million new users over the next three years.

Under the partnership between Fenix International and Zambia’s MTN Group Ltd., “customers will use MTN’s mobile-money app to pay as little as $0.20 a day until they own the solar panel and battery system, which is about the size of a personal computer and helps people charge mobile phones and light up homes,” Bloomberg reports.

“Fenix touts its system as a cheaper and cleaner alternative to the kerosene lamps, candles, and wood fires used by millions of people living in fuel poverty on the continent,” the news agency notes, citing a phone interview with Fenix CEO Lyndsay Handler. “About 15 million Zambians, 80% of the population, live without access to the country’s unreliable power grid.”

Bloomberg describes the partnership as “another example of the growing investor interest in off-grid solar power in Africa, with Fenix’s London-based rival Nova Lumos recently rolling out similar technology. Phone carriers like MTN benefit from such partnerships as consumers get comfortable with using mobile-money apps for purchases.”

Handler plans to open operations in up to 10 African countries over the next four years.