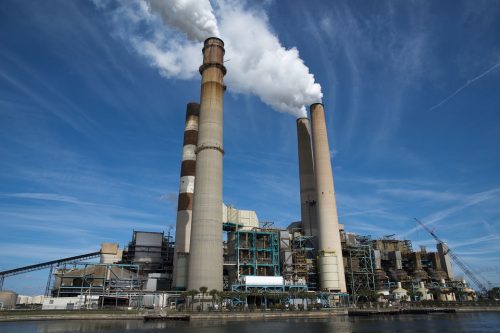 The Trump administration is about to sign away trillions of dollars in savings for the United States as it urges an eager Republican Congress to unwind President Barack Obama’s Clean Power Plan and other climate rules, according to a report by E&E News [subs req’d] reprinted in Scientific American.

“Regulations designed to control emissions from power plants, oil production, and motor vehicles could together lead to close to US$300 billion in net benefits per year by 2030,” the report asserts, citing new research from Columbia University’s Sabin Center for Climate Change Law.

“We wanted to challenge the argument made by the opponents of the rules that these rules impose undue costs on industry and society as a whole,” said Sabin Center staff attorney and report co-author Jessica Wentz. “We also wanted to look at these rules as a complete package.”

Investigators compiled a range of estimates of the projected costs and benefits of a suite of proposed new rules contained in the Clean Power Plan, New Source Performance Standards for oil and gas operations, and vehicle emissions standards administered by the Environmental Protection Agency, as well as the Bureau of Land Management’s Methane and Waste Prevention Rule.

They concluded that those measures would deliver $370 billion in gross benefits by 2030 through reduced climate instability and lower air pollution. That amount “would be four times greater than the projected $84 billion in total costs of implementing major regulations crafted under the Obama administration,” the researchers said.

The EPA had previously estimated the net economic benefits of the Clean Power Plan at $7 billion in 2020, climbing to $46 billion in 2030. It counted compliance costs against an estimated 74-million-tonne reduction in CO2 emissions and lower levels of sulphur dioxide and nitrogen oxides in the air Americans breathe.

Fuel efficiency improvements likewise more than pay for the cost of implementing new standards, the review found.  Proposed standards for automotive model years 2017 through 2025 “could lead to net benefits of $168 billion in 2020 and $81.4 billion in 2030,” it determined. Controlling releases of methane and other volatile hydrocarbons from oil and gas production and distribution infrastructure would deliver net benefits of $37 million by 2020, rising to $180 million a year by 2025.

Other studies forecast that implementing the Clean Power Plan would have created 100,000 new American jobs by 2020.

The additional information is unlikely to deter a Republican Congress that has been implementing Trump’s executive orders to roll back the regulations that would deliver those benefits, Inside Climate News reports.

In recent weeks, Trump’s allies in Congress “have advanced a handful of legislative measures that echo and extend various presidential orders meant to boost coal, oil and gas production and set aside consideration of climate change,” taking steps intended to “provide bulletproof armour during future challenges to Trump’s agenda,” the outlet reports.