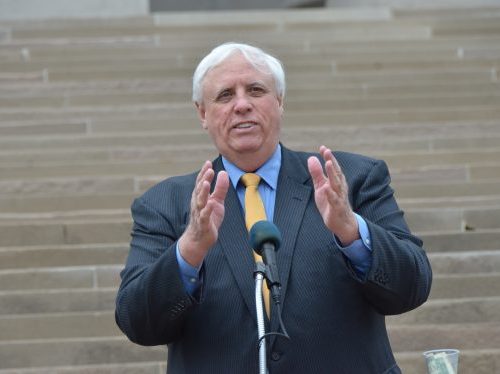 This time last week, West Virginia Governor Jim Justice was an identified Democrat. On Thursday, he very publicly became a Trump Republican. Now he wants something from the White House: a US$15 payout for every ton of coal from his state and five others that gets burned in East Coast power plants.

Justice announced his new party allegiance while standing beside Donald Trump at a rally in his state last week. Claiming that “like it or not, the Democrats walked away from me,” the governor declared: “West Virginia, I can’t help you anymore by being a Democratic governor.”

This week revealed the kind of help Justice apparently had in mind.

Arguing that Appalachian coal provides regional utilities with “a safeguard against potential disruptions such as bombings of pipelines or bridges used to transport natural gas or Western coal,” Justice proposed “a federal homeland security incentive,” in the form of a $15 subsidy for every ton of coal utilities receive “from fields in West Virginia, Pennsylvania, Ohio, Virginia, Kentucky, and Tennessee,” Utility Dive reports.

The proposal challenges Republican free market orthodoxy, as well as coal’s longstanding claim of a price advantage over other energy sources. But it may find allies in the administration.

Scott Pruitt, the climate denier administering the U.S. Environmental Protection Agency, has urged utilities to store “solid hydrocarbons onsite,” citing the need for reserves against peak demand and to maintain grid stability. His cabinet colleague, Energy Secretary Rick Perry, ordered an inquiry into the same subjects that has been read by many as cover to make a case for coal-burning power plants to provide continuous baseload service in the name of reliability.

That theory has been widely disputed, most recently this week by Canada’s Pembina Institute.