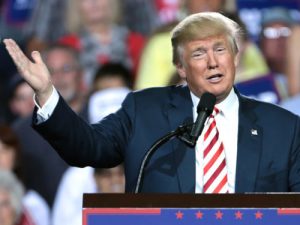 The Trump administration re-announced its intention to pull away from the Paris agreement late last week, after formally delivering its withdrawal notice to the United Nations.

The decision still doesn’t take effect until November 4, 2020—ironically, the day after the next U.S. presidential election. And since the U.S. “can’t even formally notify the United Nations that it is withdrawing until 2019,” Politico reports, “Friday’s notice is a largely symbolic statement with no legal weight.”

While Politico says some international diplomats saw “some wiggle room for the U.S.” to stay involved with Paris, there was no indication that other countries are prepared to reopen a painstakingly-negotiated agreement that took decades to conclude.