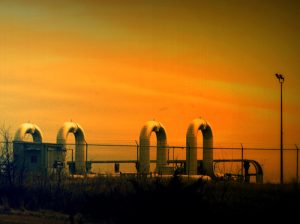 With crucial hearings on TransCanada Corporation’s Keystone XL pipeline taking place this week, the Nebraska Public Service Commission is refusing to hear arguments on whether the United States has any need for the diluted bitumen the intensely controversial line would carry.

“The commission this week notified some 25 landowners along the pipeline’s proposed route that it would exclude some of their pre-written testimony against the line, including arguments that there is a limited market need for it,” Reuters reports. “Lawyers for TransCanada had objected to the argument, telling the commission the subject is beyond the scope of its consideration, and the commission agreed.”

The PSC is responsible for weighing whether Keystone is in Nebraska’s public interest, based on factors like (claimed) job creation, revenues, and other local economic issues, the news agency explains. “It is not permitted to consider issues that fall outside that remit, however. It is also barred from considering any environmental issues because the pipeline route already has an environmental permit”—or from addressing safety concerns, InsideClimate News notes.

But the decision to exclude critiques of TransCanada’s rapidly-evaporating business case is a blow to pipeline opponents, the news agency notes. “There is simply no need for the Keystone XL pipeline based on current market conditions, which even TransCanada has admitted,” said landowner Lorne Stockman, senior research analyst at Oil Change International. “It’s no wonder they don’t want me to testify.”

Bloomberg Politics, meanwhile, is reporting that Keystone opponents’ line of attack before the Republican-dominated PSC will emphasize TransCanada’s plan to use eminent domain to overcome landowners’ rights along the pipeline route—not a concern about the project’s climate impact. “Climate has not been the main thing,” said Bold Alliance organizer Jane Kleeb. “People do value private property,” agreed state Sierra Club vice-chair David Corbin. “It’s not a red or blue issue in Nebraska.”

That means property rights “might be the thing that stops this,” said farm owner Art Tanderup, whose land has been in his wife’s family for 100 years. Even some pipeline supporters say the company shouldn’t be able to “take their land away,” he said.

“Nebraska is a decisively red state: It hasn’t voted for a Democratic president since 1964, and four of the last five governors have been Republican,” Bloomberg notes. “Still, the state has been an impediment to progress on the project, with lawmakers and landowners challenging the route with legislation and lawsuits. The company eventually agreed to a commission review instead of waging further court battles, setting up this month’s hearing.”

However the hearing ends, InsideClimate reports that fossil economics and competing pipelines could still kill the 830,000-barrel-per-day pipeline that became a symbol of North American climate protest. “Company officials now concede that after battling protests and regulatory hurdles for nearly a decade, market forces could scuttle the project,” ICN notes.

“During the prolonged dispute, the price of oil fell from more than US$130 a barrel to roughly $45 a barrel today, undercutting the prospects for production growth in the Canadian tar sands, which were used to justify the Keystone XL project at its outset,” writes reporter Phil McKenna. And “along with changing market conditions, the emergence of competing pipelines scattered TransCanada’s customer base.”

Over the last month, meanwhile, Bold Nebraska and 350.org have been fundraising for Solar XL, an effort to build solar panels directly in the path of the proposed pipeline. “We aim to raise $50,000 to cover the first solar installations in the path of the pipeline on farmland that Nebraskans have refused to sell to TransCanada,” Bold Nebraska’s Mark Hefflinger wrote last month.