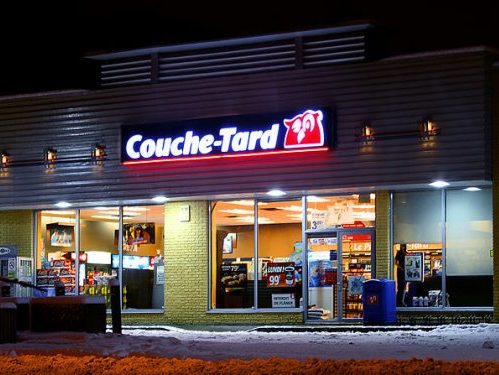 Alimentation Couche-Tard, the Quebec convenience store giant, is beginning to fret that electric vehicles will soon cut into its sales as one of Canada’s largest gas retailers.

While EVs accounted for less than 1% of new car sales in Canada last month, compared to 43% in Norway, Couche-Tard is still nervous enough that it’s tapping its own Norwegian subsidiary for advice on the transition ahead—not surprisingly, since “Couche-Tard relied on fuel to deliver 40% of its gross profits and 69% of its revenues in its last fiscal year,” CBC reports.

Couche-Tard gained a window on the Norwegian market by buying a chain of gas and retail operations from Statoil five years ago. “We’ll look at Norway as a laboratory to the future,” CEO Brian Hannasch told an earnings call earlier in July. “We’re very much engaged to see how we can win there.”

Couche-Tard operates at least 15 charging stations in Canada, CBC notes, but it remains to be seen whether old habits with gasoline vehicles will carry over to EVs. “While it takes just a few minutes to fill up on gas, it can take anywhere from half an hour to several hours to fully charge an electric vehicle, which raises a question: will Canadians want to charge their cars the same way they buy gas, and what does that mean for Couche-Tard and other similar businesses?”