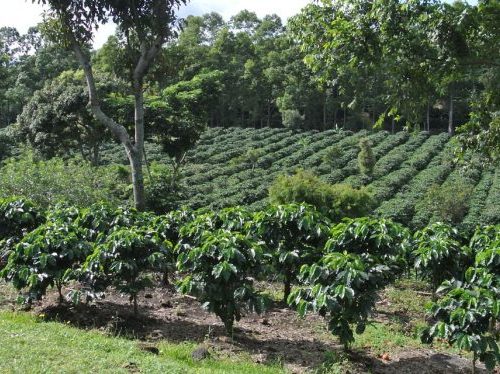 A Costa Rican farm family’s 25-year effort to keep their small coffee plantation, restore the soil, and regain their health is pointing to the long-term benefits of agro-forestry—even if it’s not the kind of quick, dramatic win that captures headlines in an era that expects split-second results.

In the early 1990s, while working a small plot of land that was sufficient to feed their family of four, Gerardo and Sole Calderon-Vargas began coming down with crippling stomach and headaches every time they applied chemicals to their plants, Medium reports. At about the same time, American certification companies were touting organic agriculture and offering to pay hefty premiums for chemical-free coffee beans. But the companies were being paid commissions based on the number of farms they signed up, and they weren’t preparing farmers for what would happen when they stopped applying herbicides and pesticides to their crops.

“What happens when you quit chemical inputs cold turkey in a monoculture coffee farm?” asks author Brian Stoffel. “Yield drops. Fast, and hard. At this particular farm, the harvest dropped an astounding 80%. Given the fact that you can’t go back to using chemicals because of your health problems, what do you do to put food on the table?”

The Calderon-Vargas’ found themselves with two options—sell their farm and move to San José, or hang on and find other ways to make ends meet. Rather than giving up their farm, they decided to stay, taking a series of odd jobs and inviting a German agro-forestry professor to assess their land.

“You just don’t have a very good farm,” the professor told them.

“What do you mean?” they protested. “We’ve been certified organic and don’t use any chemicals.”

“That’s fine and good,” he explained, “but you also don’t have any diversity.”

“Neither do any of the other farms in the country,” they reasoned.

“Sure,” the professor retorted, “but they have chemicals to provide what the coffee plants need. You don’t. In order to get there, you have to give your farm back to nature, and let Her establish a balance on your land.”

That’s where the story branched off from the ending that most North Americans would expect.

“At this point it’s worth interjecting that in most situations — whether in Costa Rica or the United States — if an academic shows up on a farm and tells the farmers to ‘stop trying to control what happens’ and ‘give the farm back to nature,’ that’s when the shotgun comes out and you’re kindly asked to leave,” Stoffel writes. But the family had nothing to lose, and they were open to a new idea. So between 1995 and 2010, the introduced native trees, plants, and shrubs, gave up organic pesticides and herbicides, and stopped trying to direct the growth of plants on the farm, apart from pruning trees every dozen years to control erosion.

“By 2010, the farm was producing 60% of the yield that it used to, up drastically from where it was immediately after becoming organic,” Stoffel notes. “And it was doing it sustainably, without outside inputs, and by allowing all of the other forms of life on the farm to flourish.” As for the remaining 40% of production—the family has its health, they’ve kept the sense of wider community that largely motivated them to keep the farm, and the farm is no longer a monoculture.

“Since it had become so diverse, it now offered up many other things: mangoes, mandarin oranges, peppers, cashew fruits, passion fruit, pineapples, four different varieties of bananas, and — most notably for a Costa Rican diet — enough beans to provide for the family for an entire year.”