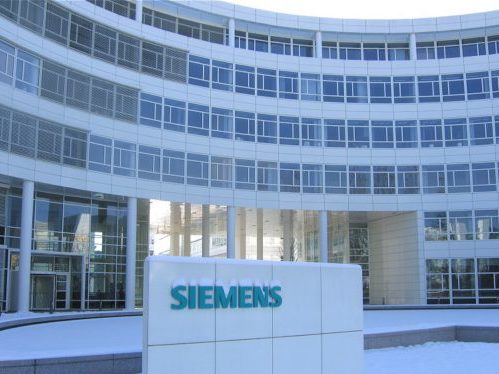 Siemens Gamesa Renewable Energy’s announcement Tuesday that it is shutting down its Tillsonburg, Ontario wind turbine blade facility and laying off 340 workers could be a sign of troubles ahead of the province’s once-mighty green energy industrial strategy, the London Free Press reports.

The plant is one of four set up in the heyday of the 2009 Green Energy and Green Economy Act, under an agreement between the province and Korean industrial giant Samsung. With the province now walking away from its commitments to clean power purchases, “Siemens is immediately pink-slipping 206 workers, the rest in phases by January when the plant closes,” the Free Press notes.

“The closing of one of the town’s largest employers came after weeks of speculation, the fallout rippling as far as Windsor,” where Mayor Drew Dilkens “was left wondering about the future of a wind turbine tower plant there.”

Critics of the provincial program repeated longstanding claims that manufacturers were only in Ontario to take advantage of provincial subsidies, so that employment in an industry that is now burgeoning world-wide was bound to be temporary. Siemens Gamesa CEO David Hickey acknowledged that turbine demand has fallen off in eastern Canada, but also noted that turbine procurement and technology have been passing the Tillsonburg plant by.

“We’re now seeing the market shifting to western Canada, with Alberta and Saskatchewan being the key opportunities of the future,” he told the Free Press. But the other factor is the longer turbine blades now in demand in Canadian and international markets—up to 69 metres in length for offshore installations, in contrast to the 49-metre blades the Tillsonburg plant was set up to produce.

“The factory here is constrained,” he said. “To go beyond the 55-metre blades, we have would required significant investment.”

Even so, “this was a very difficult decision that was taken only after assessing all the options,” he added. “We have a great team of employees at the plant who have produced quality work for the last six years, and we sincerely appreciate all their efforts.”

The announcement hit the southwestern Ontario community after weeks of speculation about possible job losses, tracing back to Energy Minister Glenn Thibeault’s decision to cancel new green energy contracts in a bid to reduce the province’s electricity rates.

Previously, in 2014, Siemens had won an $850-million provincial contract to supply 140 new wind turbines. But “we saw the writing on the wall when the Liberals cut the funding to the green energy [program],” plant worker Lee Blair told the Free Press.

Since Thibeault’s decision, clean energy analysis has shown that the province was “scapegoating” wind, solar and bioenergy production that only accounted for one-eighth of the provincial rate increase.

In the immediate aftermath of the Siemens Gamesa announcement, “there was quite a bit of anger in there because they shut the place down the other night and never really told anybody,” said employee Rick Hunt. “It was bang, everything was locked down.”

“Welcome to southwestern Ontario—here today, gone tomorrow,” employee Ervin Underhill said, referring to the region’s manufacturing jobs. “It’s as unpredictable as the weather.” Even so, the community didn’t expect the end to come so soon: “In January, they told us we were good until 2020,” he said. “They strung us along, more than anything.”

Pembina Institute analyst Binnu Jeyakumar said the best bet for Ontario’s three remaining wind manufacturing plants, including CS Wind in Windsor, is to shift their focus to international markets. “You have to look at longer time scales,” she said. “Investment in the wind industry has been only growing, and is projected to grow.”

Thibeault said renewable energy development is still a priority for Ontario. “Today’s announcement is reflective of one company’s internal considerations,” he said in a statement. “We are confident that as Ontario looks towards the future, green energy will remain an important part of both our electricity supply mix and our economy, supporting jobs and growth all across the province.”