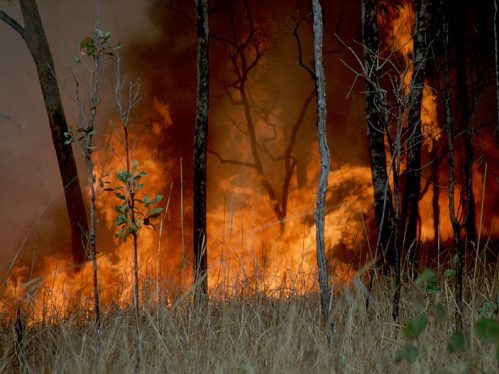 With the number of people displaced by wildfires in British Columbia nearing 40,000, forestry experts say it’s time to abandon decades of misguided fire suppression strategies and return to Indigenous practices that respect the role of flame in natural growth cycles.

Popular with forest managers since the 1930s, the practice of suppressing forest fires at every chance—the “Smoky the Bear” approach, as it’s often called—“left dead trees, forest litter, and aging forests to become prone to disease, such as pine beetle infestations, fostering the perfect ignition material for spot fires to spread and converge,” observes CBC News.

“It’s a setup for huge fires,” said B.C. fire specialist Mark Heathcott. Under natural conditions, boreal forests in the B.C. interior and Alberta evolved to be “scorched to the ground every 75 to 100 years. It’s tough to suppress that forever.”

A better approach was practiced by traditional Indigenous “firekeepers” like the late Annie Kruger, CBC suggests. Until her death in 2003, Kruger’s role, practiced by “generations before her in the Okanagan region of the province,” was “to use flames to purify the land by setting fire to berry bushes, hillsides, and even mountains to renew growth and clear brush and create natural fireguards,” the national broadcaster recalls.

Nearly two dozen B.C. First Nations are now hoping to revive the lost practice, and the province has budgeted up to $75,000 for them to conduct small prescribed burns this year and next. But the work is slow, said Pierre Kruger, Annie’s son.

“We have to re-educate people. None of our families’ fires ever got away, but people don’t understand fire anymore.”

Experts say the scale of such firekeeping is still far too small: The 4,000 to 5,000 hectares set alit each year are “like a fart in a high wind” compared to the 900,000 that might have burned historically in natural and set fires, said fire ecologist Don Gayton of Summerland, B.C.