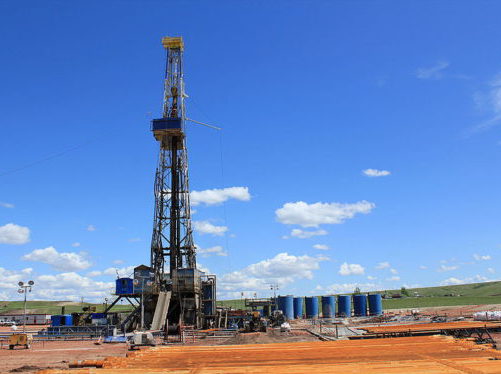 To untangle the complexities of the climate finance commitments in the Paris agreement, it helps to think about salad and ice cream, Rocky Mountain Institute Senior Associate Caroline Ott suggests in a recent blog post.

“In layman’s terms, the Paris agreement commits countries to ramp up finance for climate-friendly activities, while also scaling back finance for activities that stand in the way of climate objectives,” Ott explains. “Most of the attention has focused on the first task,” with a series of efforts to track the $100 billion per year by 2020 that developed countries were to commit to international finance efforts. But “shouldn’t we also be reporting on ‘anti-climate’ or ‘climate negative’ finance?” she asks.

That part of the picture came into focus in May when RMI, the World Resources Institute, and Climate Analytics reported “that while climate finance may be growing, net climate finance continues to be heavily skewed toward dirty investments,” Ott writes. Based on International Energy Agency figures, the organizations reported that fossil fuels received US$1.1 trillion in investment in 2013, compared to only $250 billion for renewable energy and $130 billion for energy efficiency.

“This ratio becomes even more dramatic when looking only at public finance,” she notes. “The IEA estimates $513 billion in fossil fuel subsides in 2013, compared with just $129 billion for renewables.”

Oil Change International and three partner organizations reached a similar conclusion earlier this month, reporting that the G20 lavished $71.8 billion per year on fossil projects between 2013 and 2015, four times the amount they invested in renewable energy.

“Imagine you’re on a diet—but to measure progress, you decide to count only the number of salads you’re eating while ignoring the number of ice creams,” Ott comments. “That, in a nutshell, is what has happened in global discussions on climate finance.”

But if the White House has its way, international climate finance won’t be shifting from desserts to greens anytime soon. Instead, the U.S. hopes to use its seat at the decision-making table for the United Nations Green Climate Fund “to promote the construction of coal-fired power plants around the world,” Bloomberg reports.

The U.S. has contributed $1 billion to the GCF, just a fraction of the $3 billion originally pledged by President Barack Obama. But the initial contribution will give the Trump administration a voice on the GCF’s governing board for at least another year. “Board members previously refused to impose an explicit ban on funding projects that use fossil fuels,” Bloomberg notes. And now, “the U.S. wants to encourage developing countries to build high-efficiency plants that produce fewer greenhouse gas emissions than earlier facilities and construct ‘clean coal’ plants that employ carbon capture technology to strip out even more,” correspondent Jennifer A. Dlouhy reports, citing an unnamed White House source.

But rejecting the GCF and its original purpose is precisely the wrong way to put America First, argue Matthew Kotchen and Leonardo Martinez-Diaz, who represented the U.S. on the GCF governing board from 2013 to 2017. “The reality is that investments in the GCF advance the strategic interests of the United States,” they write on Yale Environment 360.

“The starting point for understanding that is recognizing how climate change is a threat multiplier and risk magnifier. Scientific evidence already points to climate change increasing water stress, sea level rise, storm frequency and severity, threats to human health, food insecurity, and violent conflict. And it has become clear that as these impacts grow more severe, they will hit hardest in regions where people are poor and least able to adapt.”

Through that lens, helping countries build climate resilience “is not only compelling from moral and humanitarian perspectives. It also protects national borders and regional stability in one of the world’s most complex regions. And from the U.S. perspective, it is especially important because of our significant interests overseas and our role in shouldering a large share of the costs when international disasters occur.”

Perry May Alter Report That Counters His Views on Grid Reliability