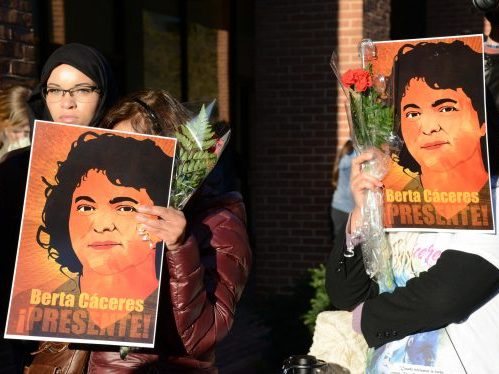 At least 200 environmental advocates around the world were murdered last year, making 2016 the worst year on record for activists, particularly Indigenous environmental defenders.

Honduras has been the most dangerous country for environmentalists over the last decade, UK-based Global Witness reported. Brazil, Colombia, and the Philippines had the worst records in 2016, while Nicaragua reported the most deaths per capita, with at least 11, all but one of them Indigenous.

“There is now an overwhelming incentive to wreck the environment for economic reasons,” said John Knox, United Nations special rapporteur on human rights and the environment. “The people most at risk are people who are already marginalized and excluded from politics and judicial redress, and are dependent on the environment. The countries do not respect the rule of law. Everywhere in the world, defenders are facing threats.”

“Governments, companies, and investors have a duty to guarantee that communities are consulted about the projects that affect them, that activists are protected from violence, and that perpetrators are brought to justice,” said Global Witness campaigner Ben Leather. “States are breaking their own laws and failing their citizens in the worst possible way. Brave activists are being murdered, attacked, and criminalized by the very people who are supposed to protect them.”

‘Frugal Innovation’, Not Dirty Energy, Makes the Case for Climate Action in India