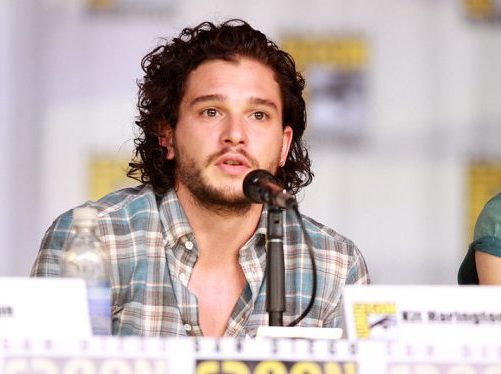 The actor who plays the King of the North in HBO’s blockbuster series, Game of Thrones, says it’s “terrifying” to see the ice vanishing in the lands where, according to the show’s world-famous tagline, “winter is coming”.

“We went to Iceland to find snow, because winter is here” in the show, Kit Harington, who plays Jon Snow on the hit series, recently told Time Magazine. “We got there, and we were lucky to get the snow we did, because in our world, winter is definitely not here.”

Harington called the contrast between fiction and reality a “very sad irony” and a “weird parallel”—particularly for a show that, as Climate Progress Founding Editor Joe Romm notes, has long been seen as a parable for climate change.

“We go out there this year, and the glacier that [we] filmed on four years ago, I saw it and it has shrunk,” he said. “I saw climate change and global warming with my own eyes, and it is terrifying.”

Harington also pointed to parallels between the political maneuvering in our own world and in the fictional world of Westeros. “Until very recently, the big power players in Westeros were far more Machiavellian than our big power players,” he said. “Now, Westeros maybe feels like a nice escapism compared to what you’re seeing on the news, because the world’s politics has gotten very, very dark in recent weeks and months.”