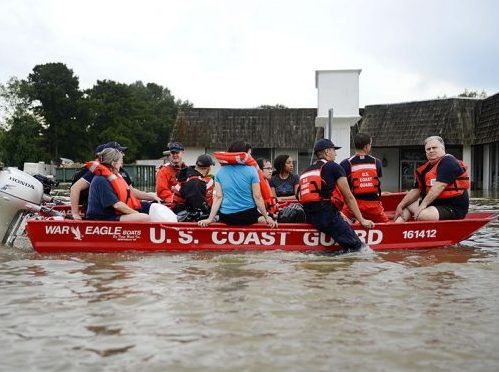 The number of coastal communities in the United States facing chronic inundation due to sea level rise is on track to increase from more than 90 today to 170 in 20 years and 670 by 2100, the Union of Concerned Scientists warns in a report released earlier this week.

“The analysis is the first to look at the entire coastline of the lower 48 states and identify communities that will experience flooding so extensive and disruptive that it will require either expensive investments to fortify against rising seas or residents and businesses to prepare to abandon areas they call home,” the Union notes in a release. “The study was published on the same day a 2,200-square-mile iceberg—one of the largest ever recorded and nearly the size of Delaware—broke off from an ice shelf in Antarctica, highlighting how quickly the planet is warming.”

The analysis used a specific threshold—10% or more of a community’s usable, non-wetland area flooding at least 26 times per year—to pinpoint the moment when the problem becomes unmanageable.

“As global temperature increases sea level rise, several hundred coastal communities are looking at the same kind of chronic flooding around the middle of the century—from beach vacation destinations like the Jersey Shore and the Gulf Coast of Florida to larger cities, including Boston, Galveston, Savannah, and Fort Lauderdale,” she added. “By late century, four of the five boroughs of New York City (excluding the Bronx) would be chronically inundated. We hope this analysis provides a wake-up call to coastal communities—and us as a nation—so we can see this coming and have time to prepare.”