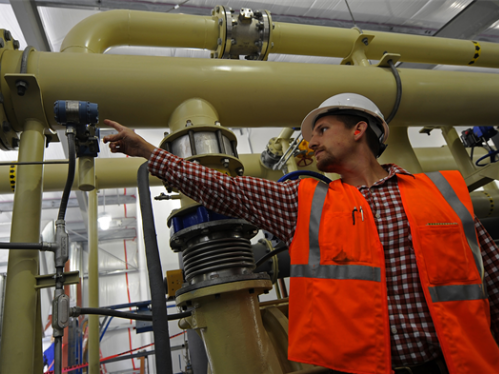 Rules limiting methane releases from oil and gas operations could deliver a major economic boost to Alberta, even though they’re among the mostly hotly-contested regulatory issues facing the fossil industry.

Canada, the United States, and Mexico agreed last year to coordinate efforts to reduce stray methane emissions from well sites, gas pipelines, and other fossil facilities. The substance is more than 80 times more potent a greenhouse gas than carbon dioxide in the first 20 years after its release. It can also pose risks to public health, and cause explosions in some circumstances. But under pressure from fossil interests, Canada in April delayed the implementation of its methane rules by three years. The Trump administration has also sought to suspend Obama-era regulations designed to meet the United States’ methane commitment.

But a new report by Blue Green Canada stands the industry argument that limiting methane emissions will carry an economic cost, including lost jobs, on its head.

On the contrary, “job growth could be significant in the methane reduction sector if the Alberta government takes the lead and implements methane regulations now, instead of waiting six years for the federal government’s draft regulations to take effect,” writes Program Manager Jamie Kirkpatrick, in a post for the Edmonton Journal. Quicker regulations “could reduce air pollution, achieve our climate targets more cost-effectively, and create thousands of high-paying jobs in a single step.”

In contrast to efforts to capture and sequester carbon from fossil fuel combustion gases—efforts that have so far proven hugely expensive—Kirkpatrick calls reducing methane emissions “good business. It creates a host of jobs, from inspecting and repairing components to manufacturing new emission-free equipment. And methane mitigation produces revenue, both for companies that recover previously wasted gas and governments that collect royalties on that gas.”

Blue Green estimates that Alberta’s oil and gas operations release enough methane annually to heat more than 200,000 homes, a quantity “worth $67.6 million on the energy market.” Recovering it could create more than 1,500 new jobs in the province, the group asserts.

Several American states, including Colorado, California, and Pennsylvania, have recognized the positive benefits of “requiring oil and gas companies to ratchet down these emissions” in advance of whatever rules emerge from the U.S. federal government, the organization notes.

“Oil and gas companies have long been overestimating the costs and underestimating the benefits of taking action” on methane, Kirkpatrick observes. “That could be true of our governments, as well.”