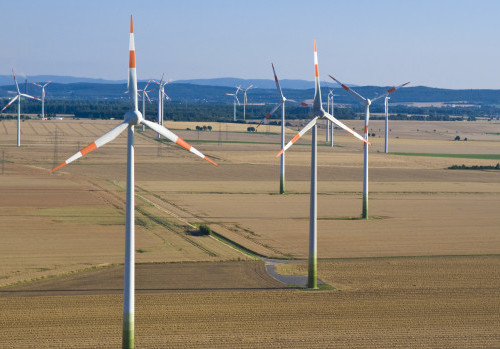 Citizen energy was the surprising big winner last month in Germany’s first-ever auction for onshore wind power, proving that the country’s Energiewende is as much a social transformation as an energy transition, authors Arne Jungiohann and Craig Morris explain in a recent post on Resilience.org.

In the auction, nine out of 10 successful bids came from citizens and energy co-ops, not utilities. That result shows that Germany’s shift “is not only one from dirty to clean technologies,” they note. “It is also a social-economic transition: from a centralized, corporate-dominated energy system to a smaller, more distributed and decentralized one. What makes the Energiewende really unique is that citizens, not corporations, are driving the transition.”

Jungiohann and Morris trace the Energiewende back to the 1970s, when protests focused on nuclear energy and “regular people” across the country—from teachers to winemakers to farmers—wanted more of a say in energy decision-making.

“People soon realized it was not enough to just say no,” the two authors recall. “They needed to offer a better alternative and say yes to something. So the Germans demanded what has since become known as energy democracy: the right to make your own energy.” Legacy utilities “were hostile to the idea of distributed renewable energy, such as solar panels on rooftops and citizen wind farms.” So citizens embarked on a change process that turned on three major milestones: a feed-in tariff act in 1991, a “red-green” coalition between social democrats and Greens that produced the 2000 Renewable Energy Act, and the 2011 Fukushima nuclear disaster, which triggered Germany’s nuclear phase-out.

“The first takeaway from this story is that there is no silver bullet,” Jungiohann and Morris write. “No single policy has proven to be the single cause of success for the Energiewende.” The second lesson learned “is that the German energy transition is an economic showcase. Renewables create jobs. In 2016, roughly 355,000 people worked in the German renewables sector (down from a high of 380,000 in 2011)—more than in coal and nuclear combined.”

The Energiewende also became a “one-time window of opportunity to democratize the energy sector”, with co-ops accounting for 47% of renewables investment as of 2012.