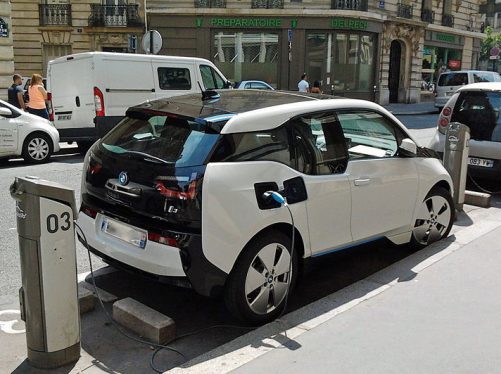 An 18-month market test by California utility PG&E and German automaker BMW has shown that San Francisco-area electric car drivers “were willing and even eager to adjust their charging times for the right financial incentives,” InsideClimate News reports.

The test “showed how electric vehicles can support the grid during periods of peak demand,” InsideClimate notes.

“Eighteen months later, I can unequivocally state that participation was transparent, hassle-free, and mind-numbingly dull, to the point that I mostly forgot about it,” wrote one local resident who participated in the test.

“The overall lesson is we can use resources likes electric vehicles to help support the grid during times of peak use,” concluded PG&E spokesperson Ari Vanrenen.

As InsideClimate notes, renewable energy strategists and modelers have long seen electric vehicles as a potential source of load balancing for a renewable grid. Until now, though, there’s been no concrete evidence on customers’ response to different price offers from their power companies. “While the BMW-PG&E partnership tested only whether customers would agree to delay their demand by an hour if given a financial incentive, it offered some concrete evidence that influencing customer behaviour is possible.”

In the test project, “PG&E asked BMW to build a system that could remove 100 kilowatts of demand from the grid on short notice,” ICN explains. The utility was particularly interested in load balancing during the crucial daily period between 4 and 7 PM, when solar-generated electricity is tailing off just as home power demand ramps up.

“BMW’s app would signal to customers that a one-hour delay was coming. If the car was connected to a charging station at that time, BMW could trigger the charging delay through software in the vehicle. Participants were paid US$1,000 up front to participate in the study and $540 more depending on how many times their vehicle participated in the request for a one-hour delay.”

In the end, BMW met its obligation to reduce its power draw about 90% of the time, but only 20% of the reduction came from customers—for the rest, the automaker used its own battery storage. But “the results have to be seen in the context of a small pool of drivers whose vehicles would have to be connected to a charging station when the request came in,” ICN notes. “BMW found an average of only about seven of the nearly 100 cars involved were typically available to participate when a reduction request was announced. A lack of EV charging at work lowered the numbers.”

When their cars were actually connected, drivers were much more likely to participate, and 93% said they liked the program and would sign up again.

“We can extrapolate to the future likely load reduction from plug-in vehicle drivers, as EV adoption increases,” said BMW North America spokesperson Rebecca Kiehne. “If we assume 20% of all existing EV owners enroll in a similar program, and behave similarly, a single future event might result in a load drop big enough to power approximately 58,000 homes in California.”