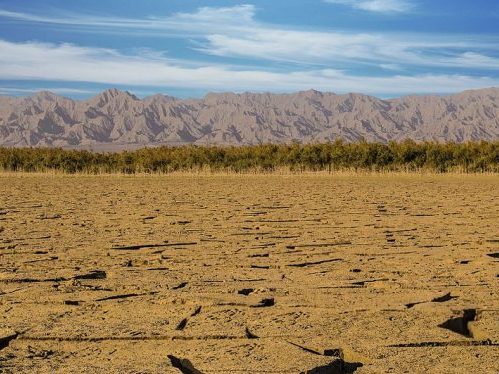 The desert town of Turbat in Pakistan’s Baluchistan province set a national record May 27 with a high temperature of 128.3°F/53.5°C, marking the start of an ordeal of heat and humidity during the month of Ramadan.

“Every day, millions of sweltering Pakistanis struggled to forego food and water from sunrise to sunset, then roused themselves before dawn to wash, pray, cook, and eat,” according to the Washington Post. The experience “brought into sharp relief the chronic water and power shortages plaguing this arid, Muslim-majority country of 180 million,” with people losing patience and many of them blaming mismanagement by the government of Prime Minister Nawaz Sharif.

“Here I am, filling bottles while my kids wait in the car, because the water at home is not fit to drink,” said 40-year-old printer Shahadat Ali in Islamabad. “It’s all because of politics and mismanagement. It’s a disgrace.”

“In our house, we can only use one fan and one light,” added farmer Rafiq Mohammed, in a community west of the capital. “We need the tube wells, but we can’t run them without power. Even when there is no power at all, we still get big bills we can’t afford to pay. The authorities come to get our votes, but after that they disappear.”

Sharif has made power shortages a priority, taking to national media every few weeks to announce the opening of a new coal or natural gas plant. “But critics say the government has focused too narrowly on such high-profile projects, while failing to grapple with festering problems such as antiquated infrastructure and consumer theft via illegal hookups,” the Post reports. “They also note that power blackouts tend to be worse in rural areas, in part because cities have more influence.”

The country’s deeper problem is a water supply that is severely threatened by climate change. “Pakistan’s access to it depends partly on rivers from India, a hostile neighbour, and regionally on Himalayan glaciers that are beginning to melt. By mid-century, experts predict, the country could run out of water entirely.”