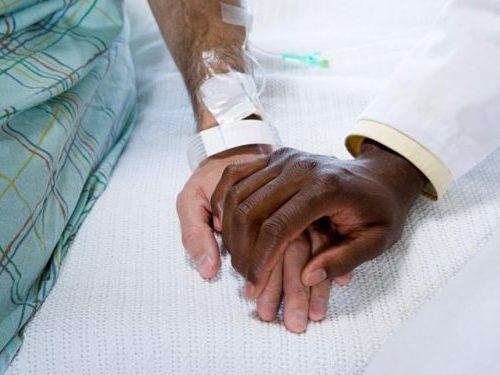 In a recent email to his Member of Parliament, Canadian climate hawk and The Energy Mix subscriber Bill Henderson came up with a visceral new metaphor for the urgency of the climate crisis, and the depth of solutions it demands.

“I’m a longtime Canadian climate activist who is deeply frustrated by Canada’s lack of action on climate change,” Henderson writes. “And I have just been diagnosed with cancer.” Citing the country’s world-leading per capita greenhouse gas emissions, and pointing to the Trudeau government as the fifth in a row “to promise effective mitigation and fail while doing all they can to ramp up fossil fuel production,” he warns that “this frustrating denial and lack of needed action risks all of our futures and all we love and care about.”

Henderson asks whether the equivalent strategy would make sense as a response to his cancer diagnosis. “Should I just ignore it and pretend that it isn’t happening? Should I recognize that I have cancer and that it is a mortal danger, and then just pretend to mitigate it by saying Hail Marys or changing my diet a little, or maybe pretending to get a little fitter and let the cancer spread and get worse?”

“Hell no!” he responds. “My doctors say I need chemo and radiation and tell me I have a good chance of a cure, and to be there for my kids and grandkids if I do.”

After decades of wasted opportunities for action, Henderson says the metaphor extends to the scale of climate action Canada needs. “I have had to plan for major disruption to my old schedule and lifestyle,” he writes, and “even getting to the chemo and radiation treatment has been a period of disruption to endure. Wouldn’t you agree that this dislocation, with some pain, will be worth it to beat the cancer that threatens my life?” he asks his MP.

“Climate, like my cancer, is now an emergency, and those responsible and in leadership positions must consider effective mitigation paths that require some economic and political dislocation,” he adds. “It is still possible—barely—to reduce emissions effectively in time. And to rapidly build that post-carbon economy to continue the social evolution that coalesced in the industrial revolution, with the very fortunate lifestyles we all enjoy.” (summarized by permission of Bill Henderson)