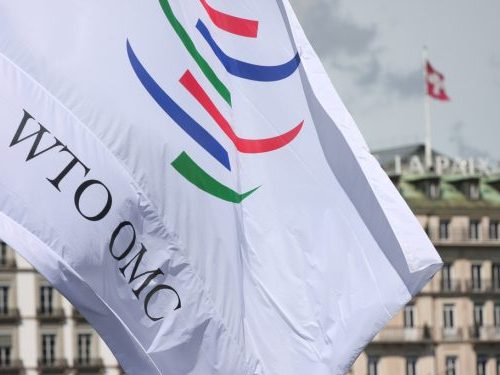 The World Trade Organization is seldom seem as a friend to environmental movements. But a recent workshop at WTO headquarters in Geneva, co-convened with the Stockholm Environment Institute and the International Institute for Sustainable Development, pointed to five ways the WTO and its members could help reduce fossil fuels subsidies.

The amount spent annually on such subsidies is variously estimated. The IISD’s Peter Wooders and Stockholm Institute’s Cleo Verkuijl, writing on the latter organization’s blog, placed them at “US$320 billion for consumers in developing and emerging countries in 2015, and at US$100 billion for fossil fuel production worldwide.”

“Owing to its wide membership, its central role in disciplining trade-distorting subsidies across economic sectors, and its well-established dispute settlement system,” the two argue, “the WTO is well-equipped to take the FFS [fossil fuel subsidy] reform agenda forward.”

While the WTO’s Agreement on Subsidies and Countervailing Measures, which allows trading nations to object to partner countries’ subsidies that distort trade, has been used several times to challenge subsidies for renewable energy, the pair note that it has never been invoked against fossil subsidies.

“And yet addressing this topic falls squarely within the Organization’s mandate,” they assert. “FFS can have a range of distorting impacts on trade and investment, including by affecting the rate and timing of development of new fields or mines. Moreover, the WTO was established with a view to ensuring economic progress is achieved in accordance with the objective of sustainable development.”

The Geneva workshop participants identified a number of approaches to raising fossil subsidies within the WTO framework. At the mild end were proposals to enhance transparency about what countries are paying to subsidize fossil fuels, and rounds of voluntary pledges to reduce them, with follow-up reports on their implementation. (Members of the G7 and G20 have repeatedly made pledges to reduce or eliminate fossil subsidies, to little effect.)

More usefully, the workshop suggested member states categorize “certain FFS as prohibited, using a trade and/or an environmental effects rationale.” That work could be based on the same “traffic light” model of indicating safe, prohibited, and “unclear/depend”’ practices that the organization relies on to negotiate agricultural and fisheries subsidies.

Prohibited subsidies would then be subject to challenge by trading partners under WTO rules.