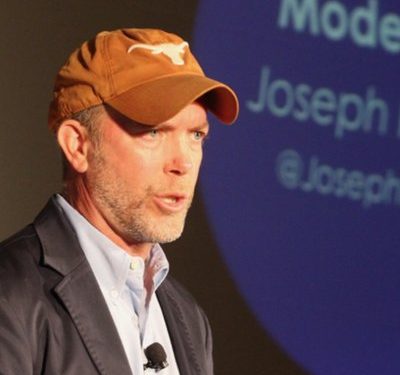 A decorated U.S. military veteran is seeking the Democratic nomination against incumbent Lamar Smith (R-TX), the climate-denying chair of the House Science Committee. And Joseph Kopser is citing climate change as one of the areas where Smith has let his constituents down in the Texas Hills Country around San Antonio and Austin.

After 30 years, “it’s time to retire Lamar Smith, and I’m ready to take his place,” Kopser writes. “Our district and our country are in trouble. While big corporations hit record profits, most Texas families struggle to get by. Wages are flat, and good jobs are harder to find. Climate change threatens our way of life. Our American values are under siege.”

In 2014, as CEO of app developer RideScout, Kopser translated his harrowing experiences with the U.S. military in Iraq into a deep commitment to conserve fuel by reducing highway gridlock. In a report for Huffington Post, he drew a direct line from the 2.9 billion gallons American drivers idle away in congestion each year to the U.S. service members who “were paying for that oil with their blood and lives”.

Kopser came to define that human impact as the “fully burdened cost of transportation.”

The friends and colleagues assigned to protect Iraqi oil fields, refineries, depots, and pipelines “were escorting fuel conveys through some of the most hostile territory in the country, in what came to be known as one of the most dangerous assignments of the war, full of roadside IEDs,” he wrote at the time. “Back in the States, I saw millions of dollars’ worth of fuel being wasted by inefficient generators and vehicles—the very fuel we were there to protect.”

Kopser is one of at least two Democratic aspirants inspired in part by Smith’s fossil-fueled denial of humanity’s role in climate change.