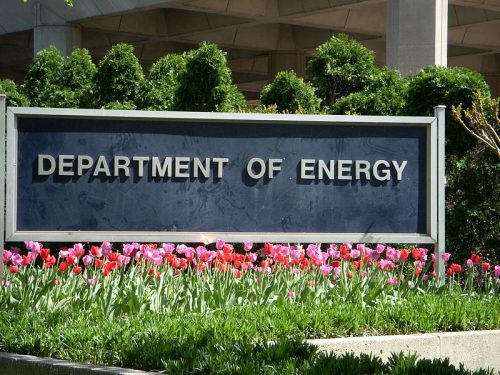 The U.S. Department of Energy is shutting down the 11-person Office of International Climate and Technology, formed in 2010 to support climate action in other countries.

A spokesperson claimed DoE was “looking for ways to consolidate the many duplicative programs that currently exist within DOE.”

In addition to the technical advice it offered, the OICT played a key role in organizing the annual Clean Energy Ministerial, an annual forum initiated by then-energy secretary Steve Chu to promote action on energy efficiency, electric vehicles, and other climate solutions.

The office was the only one in the DoE with the word “climate” in its name, and its loss could make international clean energy cooperation much more difficult, the New York Times reports, citing ex-director Graham Pugh.

“While both the State and Energy Departments still have separate programs to engage with China, Brazil, and other countries, the office being eliminated specialized in applying the agency’s technical expertise to other nations’ efforts to advance clean energy projects,” writes reporter Brad Plumer. “The office played an important role, for instance, in helping India develop its own lighting efficiency standards and start a program to purchase LED lamps in bulk for consumers.”

“That program will lead to massive savings in terms of avoided carbon dioxide emissions and air pollution,” said Jonathan Elkind, former assistant secretary for DOE’s Office of International Affairs. “Unfortunately, there is an incredible dissonance between the declared interest of this administration to continue to lead on clean energy, and their actions.”

DoE spokesperson Shaylyn Hynes said other international teams within the department would pick up where OICT left off. “The Office of Energy Efficiency and Renewable Energy (EERE) has an International Affairs team, while the International Affairs Office has a renewables team,” she told The Hill. “The Department is looking for ways to eliminate this kind of unnecessary duplication—just like any responsible American business would.”

But U.S. environmental groups saw the announcement as part of Donald Trump’s bigger push to scale back the country’s contribution to international climate efforts.

“Ignorance is not diplomacy, and if Trump were acting like a leader, he would know that,” said John Coequyt, Sierra Club’s global climate policy director. “Willfully ignoring the climate crisis is recklessly and unnecessarily dangerous for families and communities across the country, and it’s clear that Trump will stop at nothing to completely isolate the United States and irreparably damage our reputation with the rest of the world.”

Hynes pointed to Energy Secretary Rick Perry’s support for nuclear generation and carbon capture and storage during the most recent Clean Energy Ministerial, June 6-8 in Beijing, as evidence of the country’s continuing commitment on clean energy.