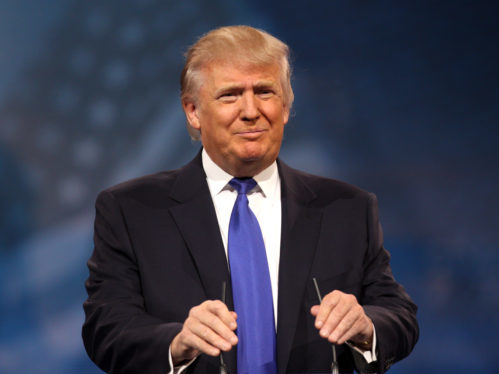 Donald Trump has appointed Kelly Knight Craft, described by Canadian Press as “a big-money political donor and philanthropist with personal ties to the coal industry”, to the pivotal position of U.S. ambassador to Canada.

“I think it’s an inspired choice on the part of the president,” said Maryscott Greenwood, senior advisor to the Canadian-American Business Council. “It’s a compliment to Canada that the White House would choose a person of Kelly’s calibre, intellect, and talent, so I am excited about the prospect.”

Knight Craft’s husband, billionaire Joe Craft, is president and CEO of Alliance Resource Partners, one of the biggest coal producers in the eastern U.S. Greenwood told CP she saw no potential for conflict between the Craft household’s past opposition to Obama-era coal regulations and Canada’s embrace of the Paris agreement.

“Well, that’s her husband’s deal and he wasn’t nominated, so I wouldn’t make the assumption that that’s a problem,” she said. “It’s pretty clear that the United States and Canada see the world differently at the moment when it comes to climate change. The Trump administration has its path, the Trudeau government has its path, and the job of the ambassador is to find a common ground and build upon it—and that’s what she’ll do.”

CP and the Globe and Mail point to Knight Craft’s strong working relationships with Senate Majority Leader Mitch McConnell and Vice President Mike Pence, with the Globe and Mail headlining Trump’s selection as sending a “GOP power couple to Ottawa”. The appointment awaits U.S. senate approval, but Greenwood said the White House would be working to get Knight Craft in place before negotiations around a revised North American Free Trade Agreement get under way in August.