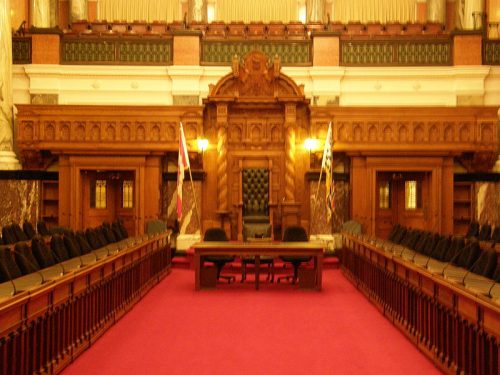 A Cabinet order under the provincial Environment and Land Use Act, a court order to set aside the project’s environmental assessment certificate, an order to vary provisions of the B.C. Environmental Assessment Act, and a new set of approval processes and conditions are the four best legal options for the new British Columbia government to oppose the Kinder Morgan pipeline, West Coast Environmental Law advises this week in an eight-page brief.

The province’s new NDP/Green alliance has pledged to “immediately employ every tool available to the new government to stop the expansion of the Kinder Morgan pipeline, the seven-fold increase in tanker traffic on our coast, and the transportation of raw bitumen through our province,” WCEL notes, citing the agreement between the two legislative caucuses.

That decision prompted the Victoria-based legal team to summarize the best legal options available: tools that can be deployed immediately, and approaches most likely to survive legal and political challenge.

“The legal approaches laid out here are, in our view, the most reasonable, logical, and moral options to ensure that Trans Mountain does not jeopardize the environment, Indigenous rights, and public health.”