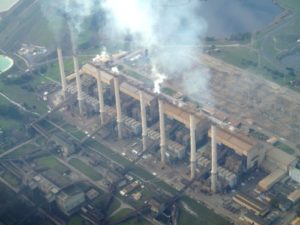 A much-anticipated report likely to form the basis for Australia’s energy policies for years to come has a place for coal in meeting the country’s climate commitments.

Chief Scientist Alan Finkel recommended that Australia adopt an all-of-the-above “fuel-neutral” climate target, Reuters reports. It would allow any power source that could be delivered with emissions below a certain threshold per megawatt-hour of electricity to be sold on the national grid. (Although Finkel didn’t recommend a specific level, he modeled 600 kg of CO2e per MWh).

The proposal, “aimed at ending a decade of political warfare over climate policy,” makes room for “coal-fired power generation using carbon capture technology [to] potentially be used alongside gas and renewable sources such as wind and solar,” Reuters states.

The federal government commissioned Finkel to lead a review of Australia’s power sector last fall, Reuters recalls, “after tornadoes triggered a state-wide blackout in South Australia that came as a wake-up call to politicians as it left homes in the dark for up to eight hours and crippled industry for nearly two weeks.” In the fierce post-mortems that followed, it became clear the old natural gas generators, not new wind generators, had worsened the blackouts, and that energy storage and microgrids were a preferred route to a more resilient power system.

Finkel would allow coal generators to operate as long as they were equipped with carbon capture and sequestration systems. CCS has proven difficult to deliver inexpensively, however, and will clearly add to the price of coal-fueled power in a competitive marketplace. New generators would also be required to “have ‘fast response’ capabilities to deal with peak demand, meaning that variable sources like wind farms would need to be teamed with sources such as gas-fired power.”

Energy minister Josh Frydenberg called the proposal “friendly” to coal. “We don’t want to punish existing coal generators,” he asserted. “We want them to remain an important part of the energy mix going forward.” Former prime minister and staunch coal champion Tony Abbott, however, condemned Finkel’s approach as “effectively a tax on coal, and that is the last thing we want.”

On current trends, Australia’s greenhouse gas emissions in 2030 will be about 57% over its Paris target of 290 million tonnes. “Business is pressing both the [coalition] government and Labor to use the opportunity of the Finkel review to try to achieve a bipartisan position and end the decade-long climate wars,” the Guardian observes. “But Labor has signalled it cannot accept a clean energy target that includes coal.”